WWE: Ranking the most brutal matches of all time

WWE is known to entertain people through professional wrestling. One of the important elements of professional wrestling is the gravity of the matches. Although it has faded away now, there was a time when superstars used to throw away everything at each other and portray the most brutal matches. In the same light, we rank the most brutal matches in WWE history to date. Back when ECW was known to be brutal, One Night Stand pay-per-view saw legend Rob Van Dam taking on WWE champion John Cena for the championship. The fans were vocal as a banner read, 'If Cena Wins We Riot'. This allowed the superstars to throw everything at each other, making it one of the brutal matches in history, as Cena eventually lost. 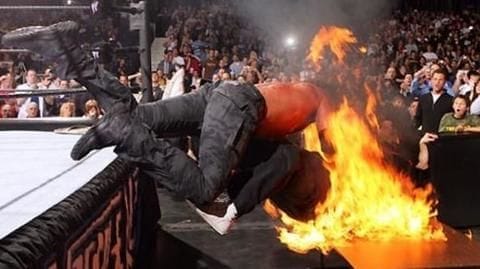 Mick Foley is undoubtedly the greatest hardcore legend. While his body has endured a lot, one of his most brutal matches was when he took on Edge at WrestleMania 22 in a Hardcore match. Every weapon imaginable in WWE was used, but the most surprising element came when Edge speared him through a burning table. Interestingly, none suffered major injuries following the brutal match. The most brutal tag-team guys taking on each other in a ladder match takes brutality to a whole new level. WrestleMania 16 saw these guys reaching the limit in the Tag-Team Championship match. Jeff Hardy's famous top ladder drop over Bubba Ray Dudley through the table was mouth-watering to watch. Bubba later admitted the grueling brutality both underwent during the match. 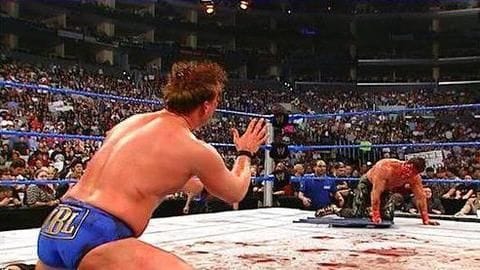 If brutality involves blood, it becomes scarier. Arguably, the bloodiest matches in WWE history came during the 2004 Judgement Day pay-per-view, when JBL challenged Eddie Guerrero for the WWE Championship. Following a chair shot to the head, Eddie bladed himself, but too deeply as blood sprouted through his head. The match brutally continued till the end, as it put Eddie's health at risk.

King Of The Ring
Mankind vs The Undertaker 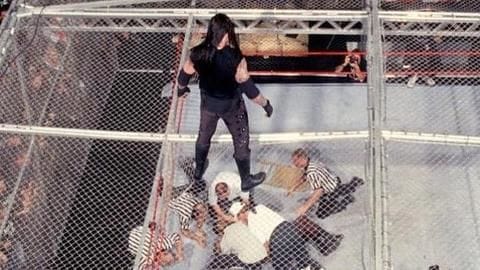 Undoubtedly, the most brutal match in history came during King Of The Ring pay-per-view in 1998. Undertaker taking on Mankind inside Hell in a Cell saw a horrific scene when the former threw the latter off the top of the cage onto the announce table. To everyone's shock, Mankind continued to fight and was later dropped through the cage onto the ring. RIP brutality! 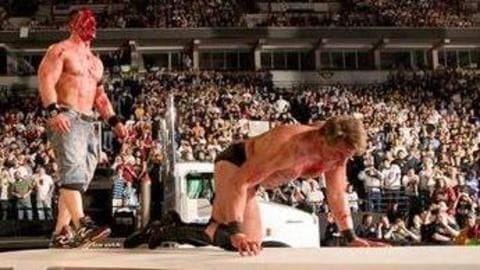 JBL and Judgment Day pay-per-view had a special love for each other. Just a year after busting open Eddie, JBL did the same to then WWE champion John Cena. Similar scenario and a similar result. Cena too bladed himself a little too deeply as he almost bled in a similar manner to Eddie. Despite enough bleeding, Cena tamed JBL.