Elon Musk wants to move to Mars and live there

The mercurial Elon Musk has struck again. This time, the SpaceX CEO has said that there's a "70% chance" of him going to Mars and living there, despite there being a "good chance" of him not surviving. Musk's comments came at an interview in the Axios series on HBO on Sunday. Here's what he had to say.

Details
What Musk had to say 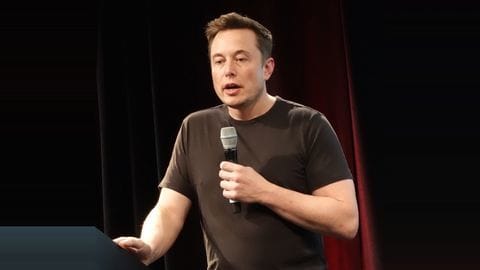 "We've [SpaceX] recently made a number of breakthroughs that I...am just really fired up about...I'm talking about moving there [Mars]," a visibly excited Musk told HBO. He added that there was a "good chance" of dying, but likened going to Mars to mountaineers who climb the Everest despite the risks. Musk also iterated that he was certain that he wanted to go to Mars.

Quote
Going through space is no easy task

"Your probability of dying on Mars is much higher than Earth. There's a good chance of death, going in a little can through deep space," said Musk when asked about his chances of survival.

Musk's comments come after he recently renamed SpaceX's spaceship for interplanetary travel. Earlier called the BFR, the spaceship was renamed to Starship. The fully-reusable two-stage vehicle, comprising a booster and a ship, will eventually replace SpaceX's Falcon 9, Falcon Heavy, and the Dragon spacecraft, and will service all Earth orbits, Mars, and the Moon. Japanese billionaire Yusaku Maezawa is set to fly to the Moon and back using the Starship in 2023.

Musk is no stranger to making bold claims or being downright eccentric, and his comments should be taken with a grain of salt. The entrepreneur's eccentricity has also cost him - Musk lost his seat as the Tesla chairman after he misled investors by tweeting about taking Tesla private. Musk was also recently seen smoking pot on live TV, and had earlier called a Thai Cave rescue hero a "pedo".