She was born just hours before the opening ceremony of this year's Asian Games, so her parents chose to name her after the world's second-biggest multi-sport event. The Indonesian couple, who's crazy about sports, thought it to be the apt honor for their daughter, since their country is hosting the games for the second time after 1962. "Such an event's rare," says the father.

Details
Naming was spontaneous, but Asian Games did inspire the parents 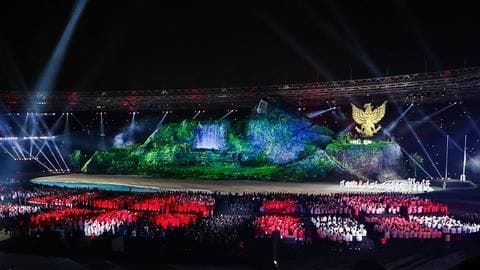 Another major reason for this couple to name their baby Abidah Asian Games was because she was born in Palembang, which is the co-host city for the continental sports event. "We already had a first name for her but didn't have a last name," said 38-year-old Yordania Denny, the father. Denny further said that the naming was spontaneous, but Asian Games did inspire him.

Parents say
'Will support her if she has talent for sports'

Interestingly, Denny's wife Vera was to deliver their child in September, but it got advanced to August 18. This coincidence has made the new parents extremely happy and proud, who now hope that "this name will benefit their daughter in future." When asked if they plan to enrol their daughter in sports, Vera said they would support her if Abidah is up for it.

Information
'If daughter wants to change name, we will accept it'

Denny, however, quipped "Indonesia is good at badminton," hinting that this might be what he plans for Abidah. Although the coy parents named their daughter after Asian Games, they will accept if she doesn't share their enthusiasm for sports and wants to change the name.

Trivia
Did you know: India was first host for Asian Games?

Jakarta, along with Palembang, is the host for this year's Asian Games that has already started from August 18 and will continue till September 2. The first Asian games was held in India, while the next two in 2022 and 2026, will be hosted by China and Japan, respectively. Held every four years, Asian Games sees a participation of roughly 46 nations every edition.