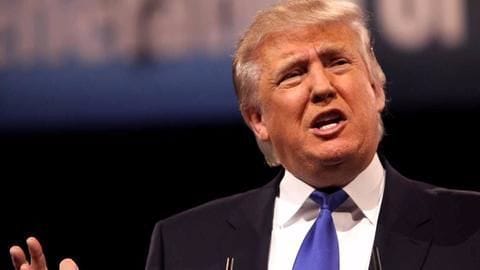 US President Donald Trump has praised his administration's response to the category-four Hurricane Maria which pummelled Puerto Rico. During a visit to Puerto Rico, Trump said the island's officials should be "very proud" of the low official death toll. He said recovery efforts have "thrown our budget a little out of whack." The Trump administration has faced criticism over its hurricane response.

"It's now acknowledged what a great job we've done," Trump told reporters. He appeared to complain about the recovery effort's cost. He said: "I hate to tell you, Puerto Rico, but you've thrown our budget a little out of whack. But that's fine because we've saved a lot of lives." He singled out Puerto Rico Governor Ricardo Rosselló for "giving us the highest praise."

Trump asked Rosselló how many people the hurricane killed. The governor replied saying "sixteen." Trump said: "Sixteen versus literally thousands of people [in Hurricane Katrina]. You can be very proud." Rosselló later updated the official death toll to 34. Local media reported the real total was likely to be dozens or hundreds higher.

Carmen Yulín Cruz, the mayor of Puerto Rico's capital San Juan, slammed Trump over his death toll statement. "We tend to judge human crises by the number of people who die instantly," she said, adding that this doesn't convey the suffering of the people. She hoped Trump would stop making comments that hurt Puerto Ricans and said he "sort of becomes miscommunicator in chief."