Vladimir Putin has been elected Russia's President a fourth time. After securing about 76% votes in Sunday's presidential polls, he is set to rule the nation for another six years. Notably, Putin has been at the helm of Russia's politics (either as president or PM) for about 20 years now. Interestingly, Alexei Navalny, his key opposition, wasn't allowed to contest this time. Here's more.

Putin
Putin laughs off questions on running for President again

Shortly after early results were declared, Putin praised voters at a Moscow rally for recognizing "the achievements of the last few years". When asked if he planned to contest the next presidential election six years later, he said, "What you are saying is a bit funny. Do you think that I will stay here until I'm 100 years old? No," reported the BBC.

The result
A remarkable win

Though Putin's win is not unexpected, his vote share has risen impressively from 2012, when he secured 64%. This election, he has wiped off all competition. His closest competitor, millionaire communist Pavel Grudinin, won only 12% votes. Other candidates - former reality TV host Ksenia Sobchak and veteran nationalist Vladimir Zhirinovsky - secured less than 2% and 6% votes respectively. 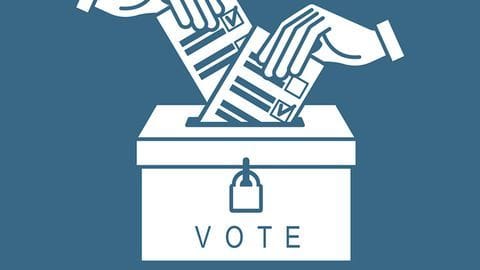 Notably, this presidential election was the first in Crimea after its annexation into Russia in 2014. However, since the Kiev government has blocked access to all Russian diplomatic missions, Russian citizens living in Ukraine couldn't vote on Sunday.