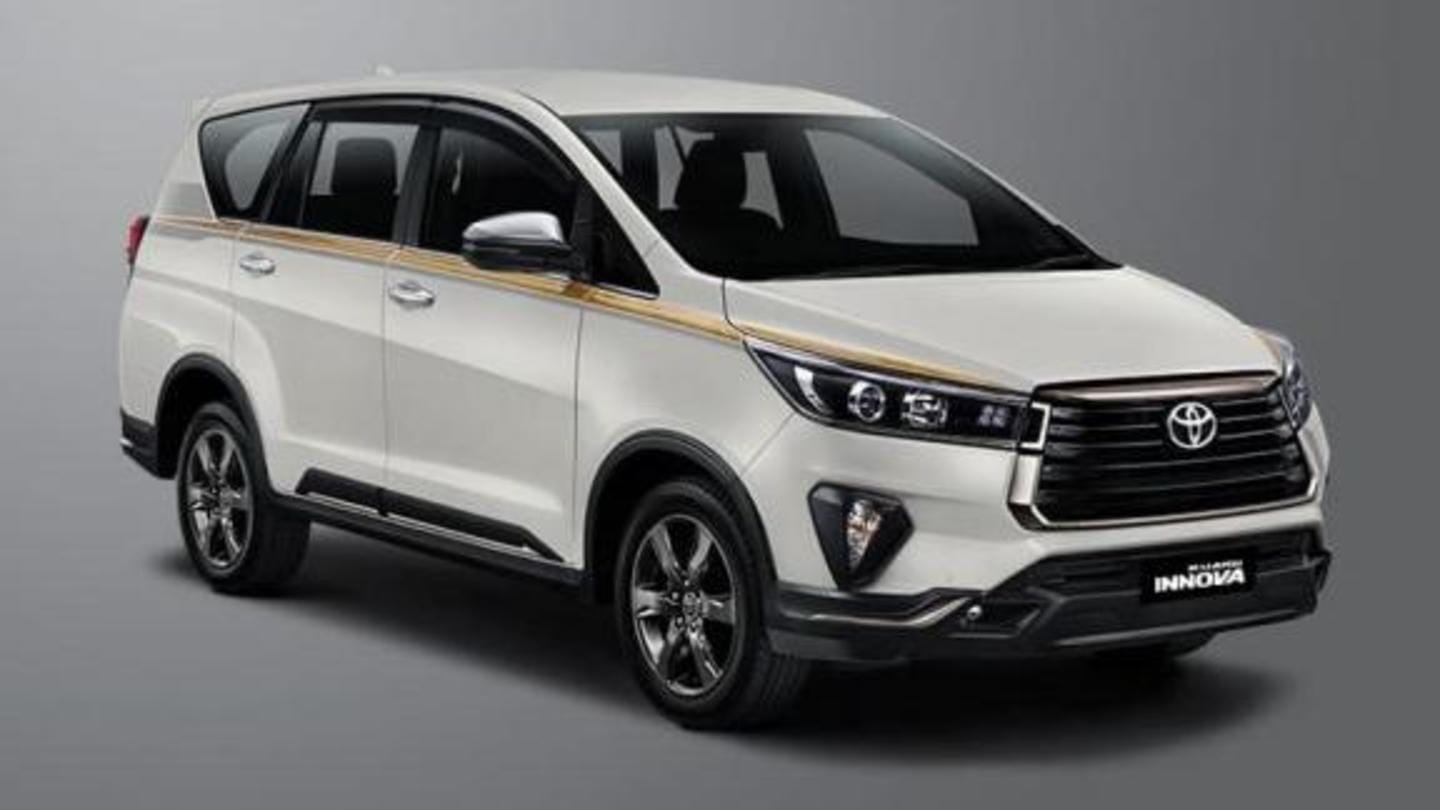 To celebrate its 50th anniversary in Indonesia, Toyota has launched a special variant of its Innova car whose production is limited to just 50 units. It is offered in two variants: V Luxury and Venturer. As for the highlights, the vehicle has received cosmetic updates inside-out and is offered with a choice of petrol as well as diesel engines. Here are more details.

The car sports a chromed grille with multiple slats

Toyota Kijang Innova Limited Edition has an eye-catching design, featuring a sloping roofline, a muscular bonnet, chromed grille, sleek headlights, and pearl white paintwork with gold accents. On the sides, it is flanked by blacked-out B-pillars, ORVMs, and 6-spoke 18-inch alloy wheels. Wrap-around L-shaped taillights, 50th anniversary badging on the tailgate, and a window wiper are available on the rear end.

It is offered with a choice of two engines

The Toyota Kijang Innova Limited Edition is available with a 2.0-liter, DOHC petrol engine that makes 137hp/183Nm and a 2.4-liter diesel mill that generates 147hp/360Nm. Both the motors are linked to a 6-speed automatic gearbox for handling transmission duties.

The vehicle has a spacious cabin with many features 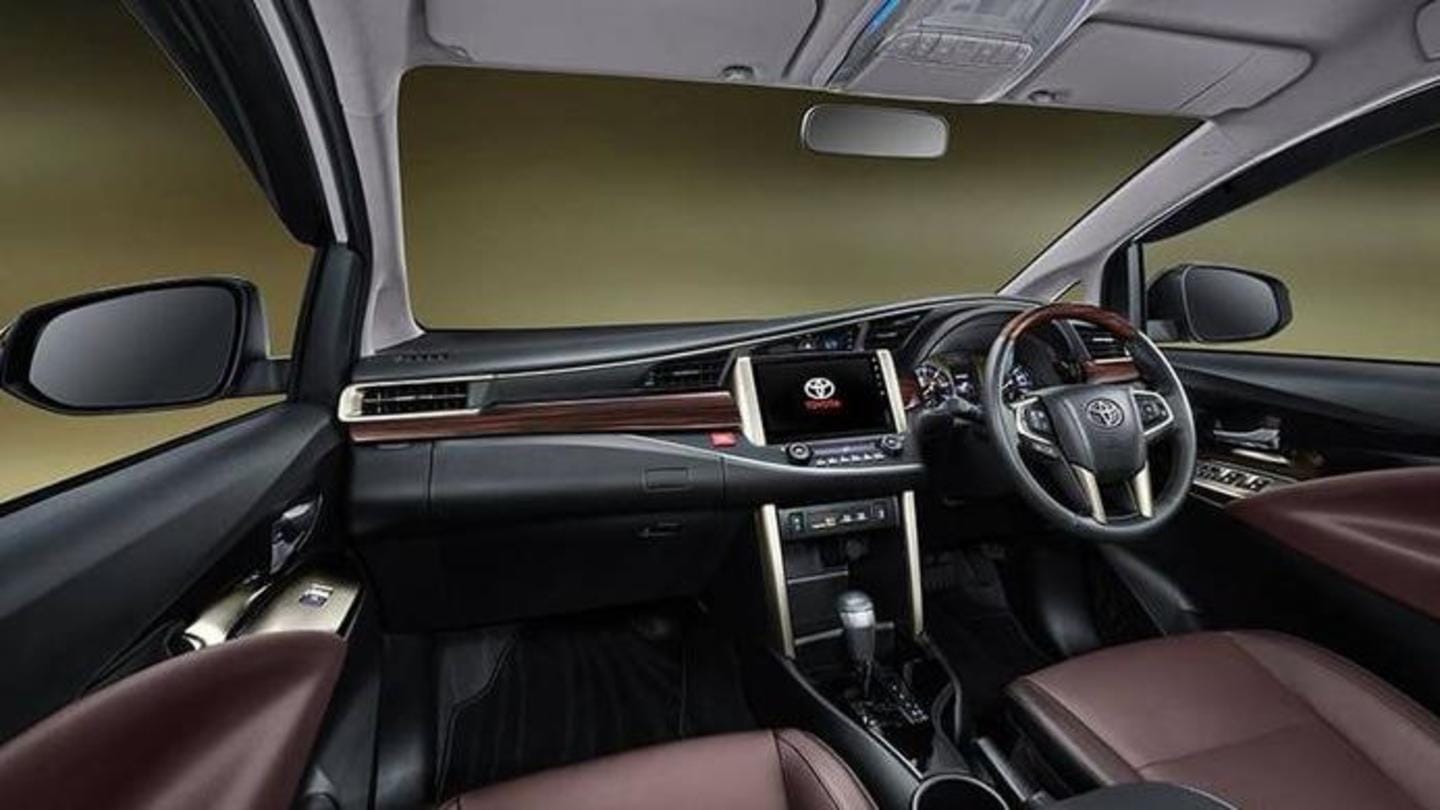 The Toyota Kijang Innova Limited Edition has a dual-tone 7-seater cabin, featuring a wooden treatment on the dashboard, 50th anniversary badging on the carpet, tan-brown leatherette upholstery, a JBL sound system, and a 3-spoke multifunctional steering wheel. It houses a touchscreen infotainment system with support for the latest connectivity options. All standard safety options, including multiple airbags, are also available.