Home / News / Entertainment News / 'Zingaat' out now: Janhvi-Ishaan are impressive, the song is not
Entertainment

'Zingaat' out now: Janhvi-Ishaan are impressive, the song is not 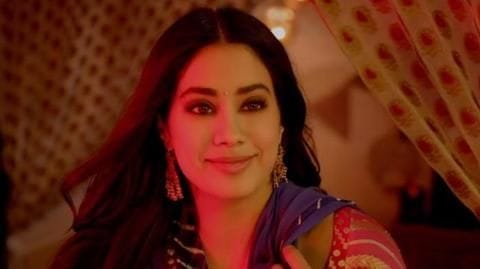 A major highlight of 'Dhadak', the Hindi version of the Marathi chartbuster 'Zingaat' has finally hit the Internet. If you have been a fan of the original, chances are that you will be disappointed by the revamped version. However, Janhvi Kapoor and Ishaan Khatter's vibrant performances will make you forget the shortcomings of the track.

Unlike the title track of 'Dhadak' that received unanimous praise from one and all, the latest track has so far gotten mixed reactions from listeners. While some Twitter users believe that the new version is better than the original, others think that it is too much noise and should not be even compared with the classic.

Information
The song has been rehashed by Ajay-Atul

Ajay-Atul, the composers of the original, have worked on the remake as well. The lyrics are by the very talented Amitabh Bhattacharya. It was producer Karan Johar's idea to adapt the song for the Hindi movie-going audience.

The Shashank Khaitan directorial will mark Sridevi's elder daughter's debut in the Hindi film industry. On the other hand, Shahid Kapoor's step-brother has worked in Iranian filmmaker Majid Majidi's 'Beyond The Clouds' which released earlier this year. However, 'Dhadak' is Ishaan's maiden full-fledged Hindi film. It will be out on July 20.