Weird Wikipedia pages: The Internet has a laughable serious problem 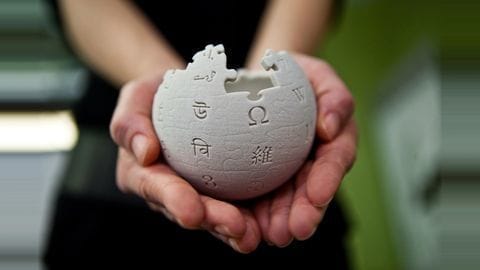 Wikipedia articles are good for a quick read but one shouldn't expect them to be properly researched ones. It's estimated that daily, in Wikipedia's English version, around 500,000 edits are made, nearly 800 new articles get added and 400-500 pages get deleted. It's utter chaos but some of the pages, which get uploaded and subsequently deleted, are quite hilarious. Here's more.

So, what are some of the really illuminating entries made by contributors, who wished to share their bizarre knowledge with the rest of humanity? There are just too many to pick from and they all have been displayed in their full glory at Wikipedia's "Deleted articles with freaky titles" page. Gems include, "Famous watermelons," and "List of fictional characters with removable or interchangeable heads."

Encyclopedia
This is the problem

There's a reason behind this madness. Wikipedia might be the Internet's biggest encyclopedia but it's also a crowd-sourced one. So, it's prone to vandalism and misinformation. That's why, when celebrities get killed on their Wikipedia pages and become alive again, one shouldn't be surprised. Also, there's so much information available that, what deserves an entry and what doesn't, becomes a tough call to make.

Wikipedia clearly directs its writers that "Making things up or making jokes - it will be deleted, and you might not be allowed to edit the encyclopedia again," but still ends up getting hundreds of these weird entries daily. There are several Twitter accounts, like @DeletedWiki, which post the names of these dead pages by tweeting out their titles hourly.

List of Dads Who Make Other Dads Eat Bugs
(The article itself was completely blank, but the talk page just read "my dad".)

Notability
Who decides which articles will stay?

According to Wikimedia communications manager Samantha Lien, every new page's survival boils down to its "notability requirements." So what is notability? As per Lien, "Notability is defined as a subject that has received significant coverage in reliable sources that are independent of the subject." In simple words, someone/something which is significant, has received coverage from trustworthy sources and has been discussed at length, stays.