'Despacito' becomes the most-watched video on YouTube with 6bn views 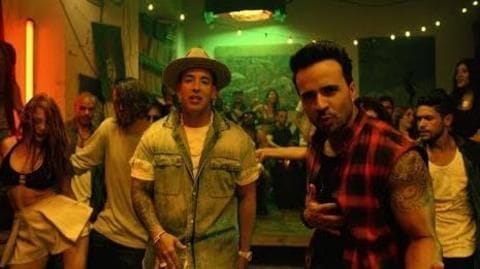 Although Despacito was first released in January 2017, people are still grooving to its catchy tunes. Recently, Google-owned YouTube announced that the song, sung by Latin pop singer Luis Fonzi, crossed 6 billion views on February 24, becoming the most-watched video on its platform. Notably, it was also the first video on YouTube to cross three, four, and five billion views. Here's more.

Others
'Despacito' beats Ed Sheeran's 'Shape of You,' gets 25.7mn views/day

The video featuring Fonzi and popular Hispanic singer Daddy Yankee has surpassed other hit song videos like Ed Sheeran's Shape of You (4.9 billion views) and Wiz Khalifa's See You Again which features Charlie Puth (4.02 billion views). Before reaching the 6 billion mark, the video was already getting 2.8 million views a day. And now, it sees 25.7 million views a single day.

Notably, Korean singer PSY's Gangnam Style was the first video to cross 1 billion views on YouTube. Meanwhile, it's said that Fonzi's performance at the Venezuela Libre concert last week may have helped in boosting the song's views. To celebrate the achievement, Fonzi took to Instagram to share his happiness and wrote, "I never get tired of thanking the team that made this possible."

Since 2017, the song also went through minor controversies. Last year, the song was deleted from YouTube by a hacker group, soon after the video crossed five billion views. The hackers, Prosox and Kuroi'sh, had only hacked the Vevo channel's video. However, YouTube later managed to restore the video. In July 2017, the song was banned in Malaysia for its 'sexy lyrics'.