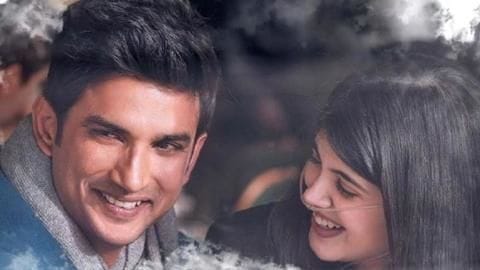 Just days ahead of the release of this year's most anticipated film, Dil Bechara, the movie's music team, led by maestro AR Rahman, came together for a virtual concert to pay tribute to its star and late actor Sushant Singh Rajput. Rahman was joined by singers Sunidhi Chauhan, Shreya Ghoshal, Mohit Chauhan, Hriday Gattani, and others. Here's more on this.

Tribute
These tracks have a new meaning today, said Rahman

In the beginning of the video, now out on YouTube and Disney+ Hotstar, Rahman said the film's music will always remain special to them. Speaking in light of Sushant's untimely demise last month, the Academy award-winning composer/singer said that the tracks "have a new meaning today, a whole new life." "These songs are dedicated in the loving memory of Sushant Singh Rajput," he added.

Rahman then opened the virtual event by performing the much-loved Dil Bechara title track. He was joined by his daughter Rahima Rahman and other singers. The focus then shifted to Sunidhi Chauhan singing Maskhari, a song she said brings alive real-life as well as reel-life Sushant. She performed the song in collaboration with Hriday Gattani, while some visuals from the upcoming movie played onscreen.

The clip then cut to Shreya Ghoshal and Mohit Chauhan crooning Taare Ginn, a song that Chauhan dedicated to Sushant's passion for astronomy. Performing from his Delhi home, he talked about how Sushant would often stargaze with his telescope at nights. We then saw Shashaa Tirupati singing and dancing to the tunes of the beautiful track, Khulke Jeene Ka.

Film
'Dil Bechara' will be out on July 24

Sushant's final film, Dil Bechara, also starring debutante Sanjana Sanghi, will be out on Disney+ Hotstar on July 24. Based on John Green's popular novel The Fault in Our Stars, it tells the story of two youngsters: Kizie, a girl suffering from cancer and Manny, a boy whom she meets at a support group. The movie also stars Saif Ali Khan and Jaaved Jaaferi.