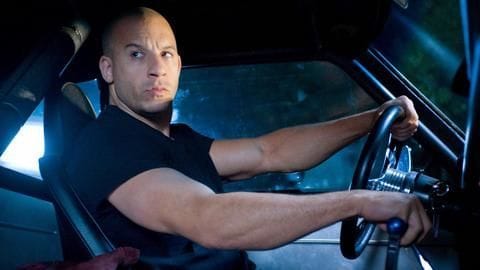 Dominic Toretto and his 'fam' are back! The teaser of Fast & Furious 9 or F9 dropped recently, and in it, we see a coming-together of top-notch Hollywood and WWE stars. The 30-second-long clip was released by Universal Pictures just ahead of the Super Bowl. Apart from the usual suspects, we also see a lovable and popular character, who was thought to be dead.

The trailer starts with a car parked before a tranquil bungalow of some sorts, from where Toretto is seen happy with his wife Betty and son Brian. They discuss how they miss being the nitrous-boosting adrenaline junkies riding world's best mean machines for the road. "The world has a way of changing, but there's one thing that always stays the same," reflects Diesel's Toretto.

Your Fast Family is coming back. #F9 pic.twitter.com/k8ERhz3HOd

Director Justin Lin has made good of the Justice for Han promise, as we see this character, one of the most loved ones of the franchise, rejoin the family. Then, the teaser speeds up, showing people jumping on motorbikes racing through forests and colliding with tree trunks fatally. We also find Helen Mirren driving a car. Wondering how she did that, aren't you?

Mirren is reprising her role of Magdalene "Queenie" Shaw, who appeared first on The Fate of the Furious and for a brief period on Hobbs & Shaw. The Oscar awardee had expressed her urge for an action scene privately to Diesel. She had also once stated previously that her "great ambition is to be a mad driver in a Fast and Furious movie."

Antagonist
And we also find Theron's Cipher winking at us!

The first trailer dropped in February 2020 and a year later, Diesel decided it's time to spoil us by saying, "Yes, she gets to drive...It's so awesome...She gets to drive sleek." A year after, we see John Cena's role of Toretto's younger brother and antagonist Jakob, who has sided with terrorist Cipher (Charlize Theron), in a cropped hairdo, who just 'winked'!