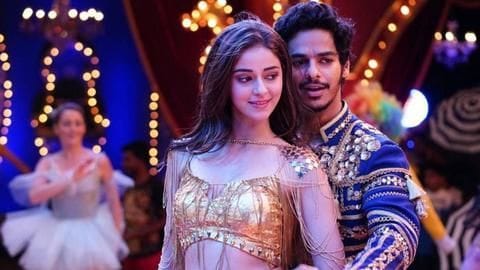 Indian fans of pop icon Beyonce spent a good part of their Monday apologizing to the 39-year-old singer, for no fault of theirs. It was, in fact, a fresh song from an upcoming Bollywood movie Khaali Peeli, that traumatized desi fans with its sexist and racist undertones. Presenting the latest addition to Bollywood's collection of problematic tracks, ladies and gentlemen- Beyonce Sharma Jayegi!

Song
Move over nepotism, Bollywood has bigger problems to deal with

Beyonce Sharma Jayegi, that was dropped earlier today, has been composed by Vishal-Shekhar and voiced by Nakash Aziz and Neeti Mohan. Its lyrics have been penned by Kumaar and Raj Shekhar. Well, everyone out there seems to be talking about its lyrics, but not because they like them. The line which has garnered all the attention is, "Tujhe dekh ke goriya, Beyonce sharma jayegi."

Criticism
The song has been slammed for its racist lyrics

It didn't take deep thinking for fans to realize and point out that coming up with yet another track with glorification of the word "goriya" (fair) reiterates Bollywood's obsession with fair-skinned women, and highlights its tryst with casual racism. It also goes on to prove that for desi celebrities, "Black Lives Matter" will, at best, remain a fancy hashtag.

Details
Fans even urged Beyonce to sue the makers

It would have been only mildly disappointing if the makers had stopped right at using the word "goriya," as they often have. But when they used that to praise a fair-skinned character over Beyonce, a beloved African-American pop figure, it was outright unacceptable for fans. They started apologizing to the singer, and even urged her to sue the makers for defamation.

Reacting to the song, popular television presenter, VJ Andy wrote, "Oh Dear! Beyonce Sharma Jayegi might be the worse thing I've seen ever! I'd like to apologise to Beyonce for this racist sexist hot mess. #BLM (sic)."

Oh Dear! #BeyonceSharmaJayegi
Might be the worse thing I’ve seen ever! 🤮
I’d like to apologise to @Beyonce for this racist sexist hot mess. #BLM #mondaythoughts https://t.co/EXc1zmdHFe

'Beyonce sharma jayegi' was not only problematic and racist. IT DID NOT EVEN RHYME! THAT IS THE LEAST THEY COULD DO!
Dhinchak Pooja songs rhymed better than #BeyonceSharmaJayegi

Larger picture
It's not the first time, sadly won't be the last

Beyonce Sharma Jayegi now counts as yet another addition to Bollywood's seemingly endless collection of sexist and racist songs. And it's not just the songwriters who are to be blamed. In fact, only last year, at least three Hindi movies, including Bhumi Pednekar's Bala, Hrithik Roshan-starrer biopic Super 30 and Ranveer Singh's Gully Boy were criticized for using blackface for their characters.

Directed by Maqbool Khan, Khaali Peeli stars Ishaan Khatter and Ananya Panday in the lead role of two outlaws who are on the run from the cops. Produced by Ali Abbas Zafar, the film also features Jaideep Ahlawat and Satish Kaushik. The movie is set to be released on the recently-launched pay-per-view service, Zee Plex, on October 2.