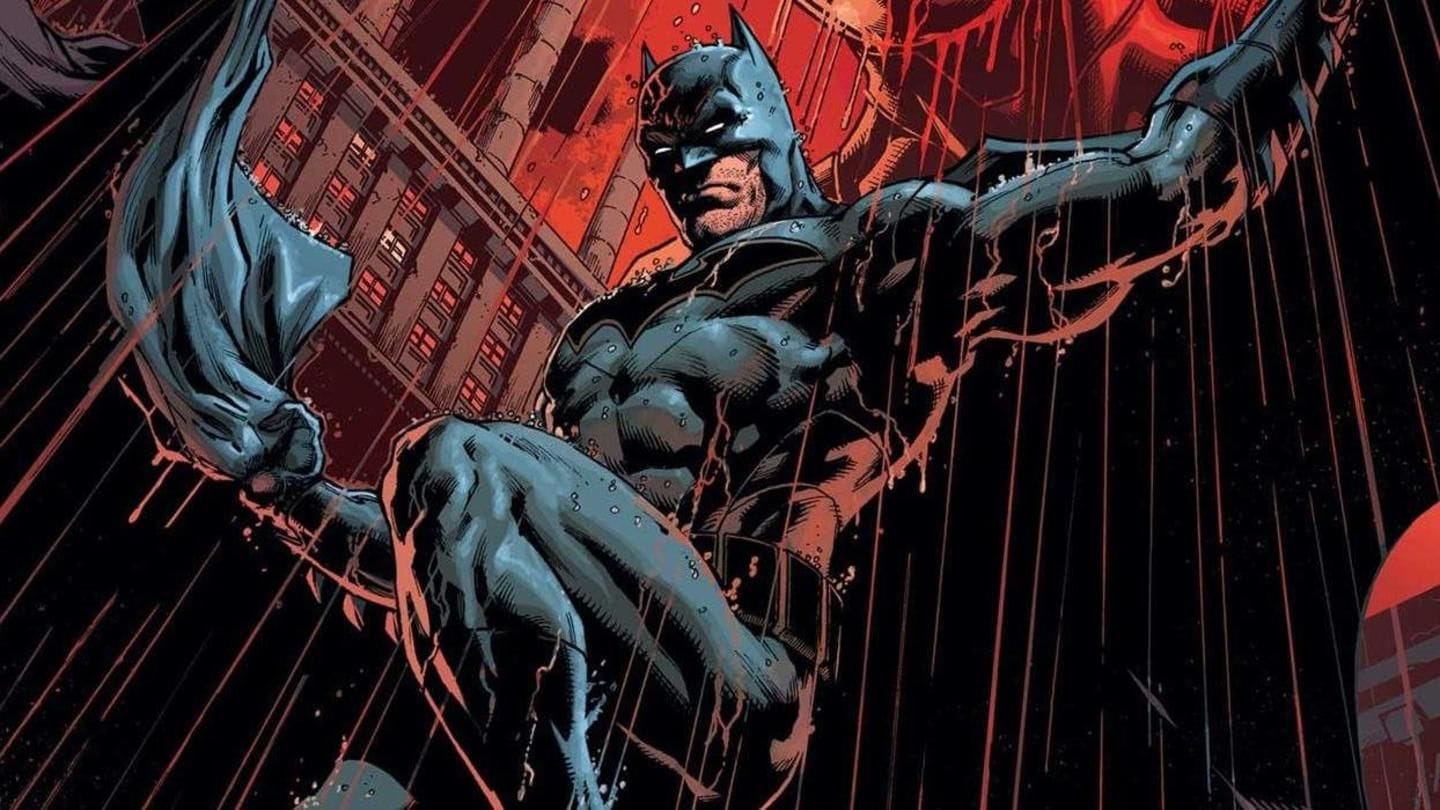 Batman is a skilled fighter with intelligence, wealth and resources. Without superpowers, he is technically the weakest member of the Justice League but has often proved to be the most lethal. Most DC characters with godlike powers are evil, and while it makes no sense for Batman to fight them, it has never stopped him. Check out five instances, where Batman defeated such characters.

In this article
Etrigan 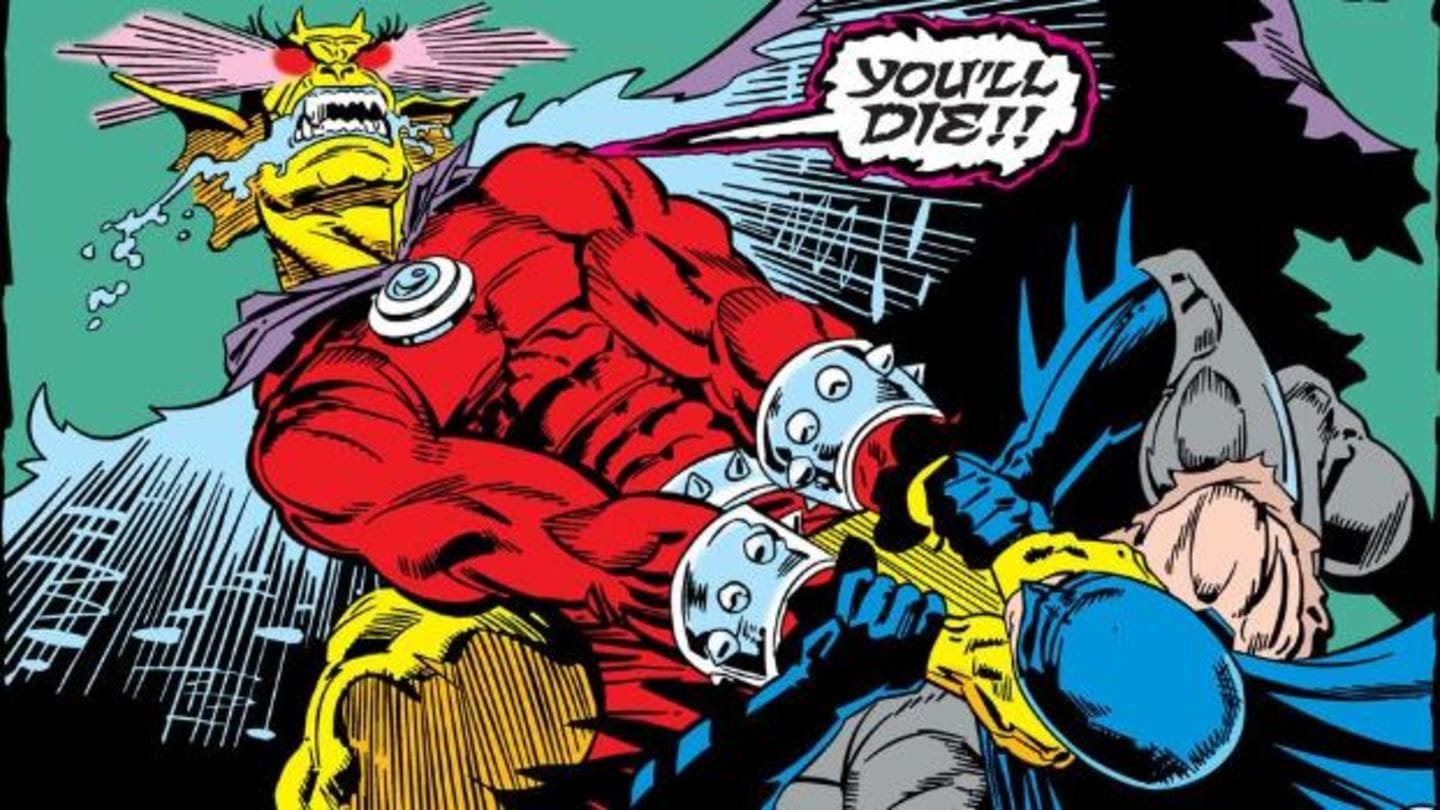 Etrigan is one of hell's strongest demons with godlike powers. To put his power in context, Etrigan can punch Superman into the orbit. However, whenever the demon has faced Batman, he has been outwitted and defeated. In 'Batman: The Dark Knight #5' Etrigan had partnered with an evil demon, Blaze. Batman choked him with a mouthful of gas and threw him off a building.

He is our Man of War 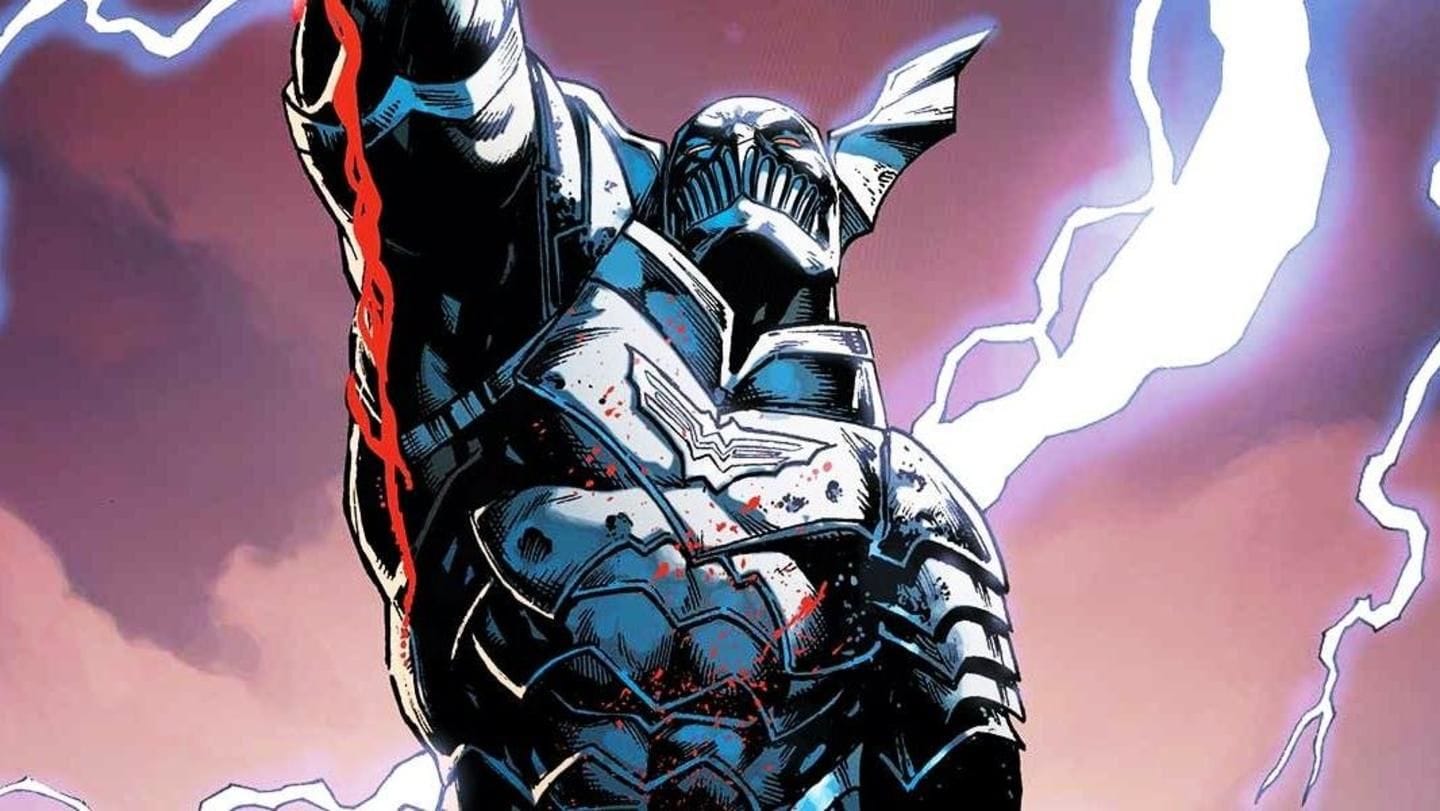 In DC and Greek mythology, Ares is the 'God of War'. In comics, his power increases the longer one fights against him, since he literally feeds off a war. In an encounter involving Wonder Woman, Batman and Ares, the battle seemed endless. However, Batman managed to put on magical helmet of Ares. Its powers made him a merciless killer and he decapitated Ares easily.

Highway to the Phantom Zone Gog was bestowed with godlike powers which he used to kill Superman across multiple timelines. Give all of Superman's strengths plus healing factors, Gog would be near impossible to beat in battle. However, when he faced Batman, Superman and Wonder Woman, they fought valiantly. Batman dealt the final blow by sending Gog to the Phantom Zone, where he suffered severe damages and collapsed. 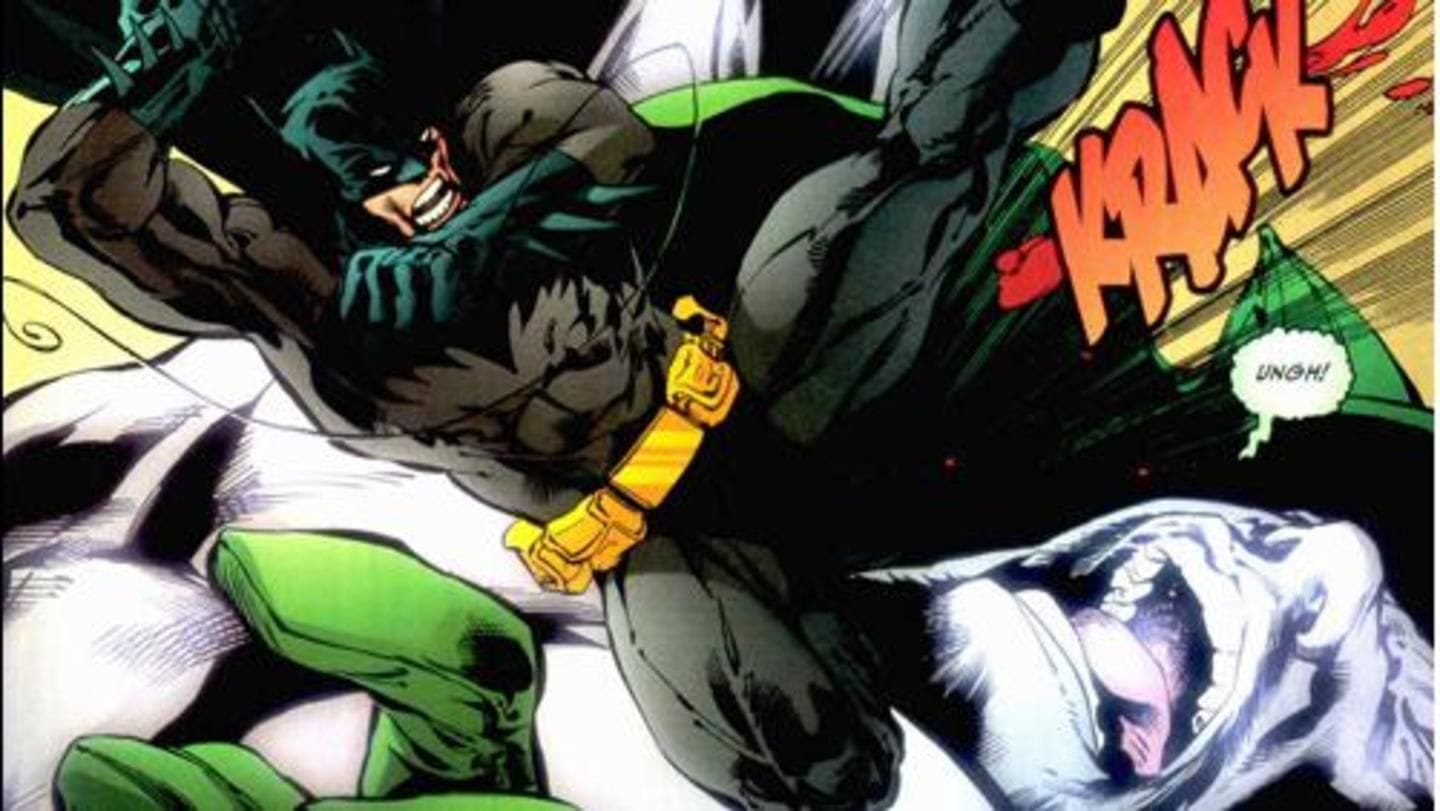 For those unaware, the Spectre is a physical embodiment of God's wrath and has unlimited powers, thus commanding immense fear in DC's universe. However, Batman is the vengeance, according to his iconic lines in the animated television show. Therefore, when Spectre starts killing criminals in Gotham City, Batman kicks him the face and forces him to leave. Talk about being protective of one's territory. 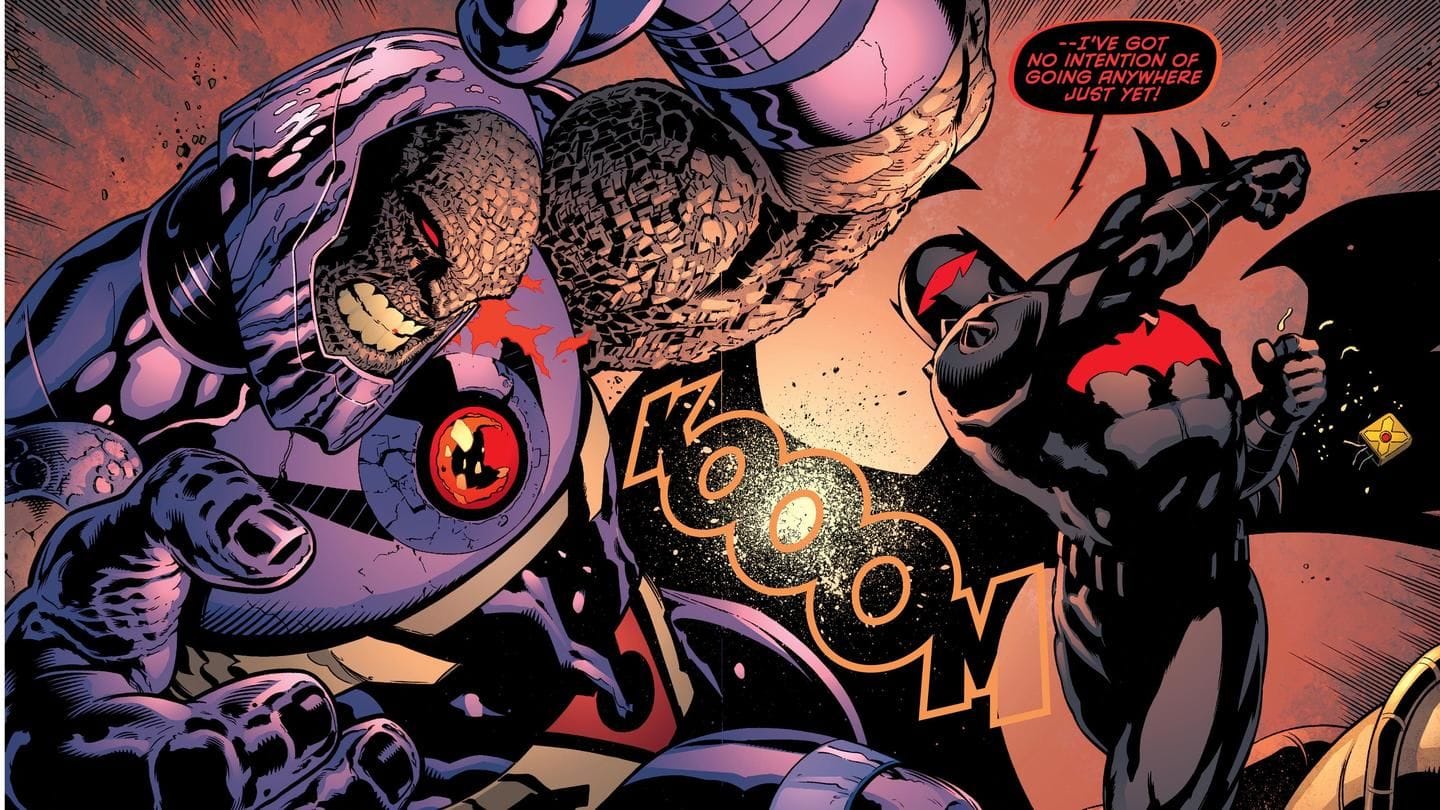 Darkseid is one of DC's strongest and most evil characters. Usually stronger members of the Justice League confront him, but Batman fought and defeated him. After his late son, Damian Wayne's body was stolen and taken to Apokolips, Batman donned the Hellbat armour and defeated all of Darkseid's army, his son Kalibak (a New God himself) and beat the living daylights out of him.

Batman defeated Darkseid, once again, in DC's 'Final Crisis'. When Darkseid attacked earth, Batman fired a bullet used to kill a New God, Orion. The bullet killed Darkseid, but not before he was hit by Darkseid's Omega beams, thus killing the hero.