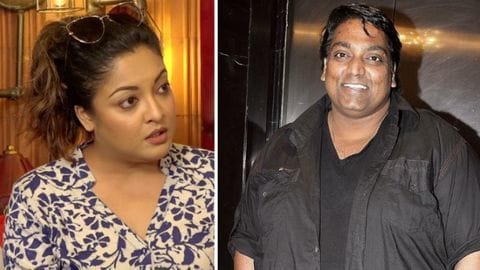 Tanushree Dutta's fight against sexual harassment has kick-started a much-needed conversation in Bollywood. While the actress is adamant to get justice this time and is boldly voicing her opinions, choreographer Ganesh Acharya has vehemently rubbished her allegations. Tanushree had accused Nana Patekar of sexual harassment during a shooting in 2008, but Ganesh claims the veteran actor didn't misbehave with anyone.

During his telephonic interview with Times Now, Ganesh claimed to be the eyewitness and said Nana Patekar didn't misbehave with her. Instead, Ganesh said that it was Tanushree who didn't bother to resume the shooting for several hours because of her unprofessional behavior. He even said that Tanushree had blamed his male assistant choreographer for touching her inappropriately during the shooting.

Claims
Further, Ganesh talks about Tanushree being 'high on drugs'

Ganesh, who was the choreographer of 'Horn Ok Pleasss', not only dismissed Tanushree's allegations but also attacked her for 'unprofessional behavior'. He claimed that Tanushree was always late for the shooting and felt the actress 'could be on drugs' while making these allegations. Ganesh also clarified that the song had no steps that would have made the actress uncomfortable.

Amidst the blame game, Nana Patekar has sent a legal notice to Tanushree dismissing her sexual harassment allegations and demanded an apology. The actress was even slapped with a legal notice by director Vivek Agnihotri, whom she had accused of inappropriate behavior during the shooting of 2005 release 'Chocolate'. Meanwhile, Tanushree said this was the price one has to pay for speaking up.