Hrithik Roshan on 'Krrish 4': Script is in final stage

Is Krrish 4 set to return? Apparently, yes. In an interview, Hrithik Roshan revealed that the much-anticipated fourth installment of Krrish series is under process. "We're in the final stage of the script," he revealed, adding that however it might not see a Christmas 2020 release as was announced earlier. But if it does, Christmas 2020 might see a clash of top four films.

'Krrish 4' release is likely to shift from Christmas 2020

Hrithik might lock horns with Aamir, Akshay and Ajay

Christmas 2020 looks like a much sought-after date for big Bollywood releases. Even though Krrish 4 is a probable release for that day, Aamir Khan's Lal Singh Chaddha and Akshay Kumar's Bachchan Pandey are confirmed ones. Even director Luv Ranjan's next, starring Ajay Devgn and Ranbir Kapoor in lead, is eyeing for the date. So, be ready for great fireworks next Christmas.

For now, Hrithik is overjoyed with the magnificent response Super 30 has garnered at the box office. The movie has raked in a collection of Rs. 128.67cr so far. Talking about its success, the actor said, "It's not just about box-office numbers, the appreciation, and encouragement that the actor inside me is getting makes me feel that I was right and my instincts worked."

Getting nice kick out of it, Hrithik on 'War' teaser 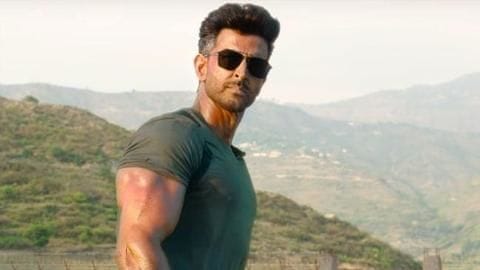 Besides, Hrithik is also pleased with the response the teaser of his upcoming action-drama War has generated. "Unknowingly, the timing of it has been great. Having the teaser of War coming out close on the heels of Super 30, and people appreciating both the contrasting characters at the same time is thrilling. I'm getting a nice kick out of it," he added.

War brings together two of Bollywood's top action stars, Hrithik and Tiger Shroff. Directed by Salaam Namaste maker Siddharth Anand, and produced by Yash Raj Films, the movie will release on October 2, and has been made on a budget of Rs. 100 crore.

Hrithik has 3-4 scripts in hand as of now

Meanwhile, there are reports that Hrithik is being considered for the remake of Amitabh Bachchan's Satte Pe Satta. Talking about the same, the Agneepath actor stated, "I have about 3-4 scripts with me right now. I still have to read them all and then accordingly I will make up my mind about the next film. Satte Pe Satta remake might be one of them."

However, Hrithik not a part of Aanand L. Rai's next

Meanwhile, he has rubbished the reports of him being a part of Aanand L. Rai's upcoming directorial with Dhanush and Sara Ali Khan. He stated that while he would love to work with Rai, he hasn't been approached for the movie yet.

'The Royal Treatment' review: Don't expect much from Netflix rom-com

Ahead of global launch, Xiaomi 12 spotted on Geekbench

'Bachchan Pandey': Akshay Kumar will return to screens this Holi

Trouble continues for 'Prithviraj' team, in soup for using 'Rajput'

'Rowdy Rathore 2' getting made after all, in scripting stage

Journalist utters 'bl**dy' on TV while referring to Rahul Gandhi

Ex-CBFC chief Pahlaj Nihalani opens up about his controversial tenure

Aamir Khan's 'Laal Singh Chaddha' to be a Baisakhi release

Ranbir Kapoor signed for a special song in 'Mr. Lele'

Not Ranbir or Kartik, Ranveer Singh is SLB's Baiju Bawra?

5 Bollywood films that should not be remade by anyone

'Brahmastra' motion poster out; Part-I to release in September 2022