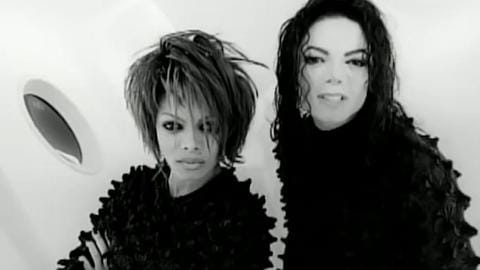 Do you remember Janet Jackson's iconic Scream video with her brother Michael Jackson? Her ensembles from the 1995 music video were up for bid in a three-day auction. Called the Iconic Treasures From the Legendary Career and Life of Janet Jackson, the auction was held until May 16 when the multiple Grammy Award-winning artist had celebrated her 55th birthday.

Jackson sold over 1,000 items from her illustrious career after joining hands with Julien's Auctions. The auction took place in Beverly Hills, California, and was shown on their website. A part of the auction money will be donated to Compassion International, a foundation that looks after children to escape poverty. Meanwhile, Academy Award-winner Matthew A Cherry (Hair Love fame) bought her iconic Oscar jacket.

Information
The list of major items sold at the auction

The sold items included Jackson's metallic silver coat with lambskin shearling lining, cuffs, and collar. They were purchased for $50,000. Her string bikini and pants worn underneath the coat were purchased for $25,600. Her jacket from the 1990 Rhythm Nation Tour and the "1814" cap and black gloves were sold for $81,250. Jackson's hoop earrings from the 1987 Soul Train Awards were sold for $43,750.

Fashion mogul Kim Kardashian became the proud owner of Jackson's top and pants worn in the 1993 If video. She got the iconic outfit after shelling out $25,000. "For @janetjackson's bday bc I'm such a fan I can't believe I won this outfit on @juliens_auctions," Kardashian wrote in her Instagram Story. She also shared the If video along with Jackson's photo in the outfit.

Notably, Scream is considered the most expensive music video ever, as per the Guinness Book of World Records. It was reportedly made on a budget of $7 million. The song received 11 MTV Video Music Award nominations in 1995—the highest for a music video that year. Mark Romanek, the director of Scream, also bagged his first Grammy Award for the Best Short Form Video.