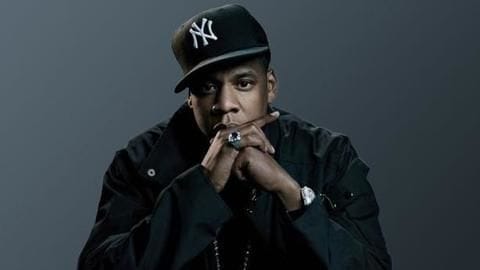 Jay-Z has always been a pathbreaker. This was evident in his song Death of Auto-tune (D.O.A.), where the rap mogul addressed the way rappers rely on auto-tune. Auto-tune is the robotic-sounding vocals you hear in songs, which stem out of digital software. It was a rage in the 2000s. Jay-Z smashed that trend with this track that won him a Grammy (Best Rap-Solo Performance).

Album
Kanye West was the inspiration behind the iconic song

Notably, Kanye West inspired Jay-Z with his anti auto-tune stance. Interestingly, the duo had recorded many tracks using this technique for Jay-Z's album The Blueprint 3. They later removed all the songs with auto-tune. "In hip-hop, our job is once a trend becomes a gimmick, to get rid of it. We've done that since the beginning of time," Jay-Z shared his hatred for auto-tune.

Inspiration
A Wendy's commercial paved the way to 'D.O.A.'?

Jay-Z shared how the track was born. "Now people are using auto-tune even in [fast food chain] Wendy's commercials...it's like, 'Oh no! That has to go." He also vowed never to say 'bling' again because, "It's become part of main culture. It's the same thing like when the old lady in Oregon starts saying, 'Bling, bling.' It's like, 'I'm never saying that again."

Information
Meet T-Pain, the rapper who made a living from auto-tune

Jay-Z basically lashes out at T-Pain in this song, who is notoriously known for using auto-tune in most of his songs. In fact, he's often credited for popularizing the pitch correction effect, inspiring many top artists, like Snoop Dogg, Lil Wayne, West, and Diddy. Mentioning T-Pain in D.O.A., Jay-Z says, "You n***as singing too much/ Get back to rap, you T-Paining too much."

Did you know NBA superstar LeBron James appears in the song's video? The video shows Jay-Z declaring war on auto-tune, as he jams with a jazz band, and plays poker with Harvey Keitel. He also enjoys his pasta and sipping on some chianti. The video, released on June 28, was nominated for Best Male Video at the VMAs, but lost to Live Your Life.