John Abraham starrer 'Parmanu' to release on May 25 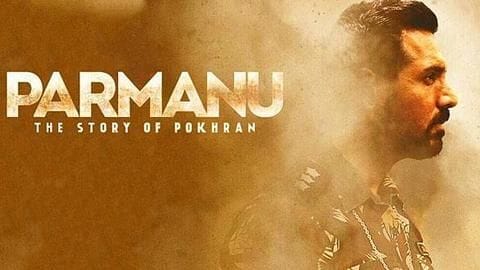 The trailer of the John Abraham-starrer film "Parmanu-The Story of Pokhran", has been released today on the 20th anniversary of nuclear test explosions at Pokhran in Rajasthan. A statement issued by John's company JA Entertainment stated that as per the order of Bombay High Court, "The movie will release on May 25, under the joint banner of JA Entertainment, Zee Studios and Kyta Productions."

"There is no other producer associated with this project. The film will be distributed in India by Vashu Bhagnani's Pooja Entertainment and will be distributed overseas by Zee Studios," the statement read. "We are extremely thankful to the Bombay HC for the speedy resolution of various issues at hand thus paving the way for our film's release," it added.

Film was earlier scheduled to release in December 2017

The film was earlier scheduled to release in December 2017 but reportedly got delayed to avoid a clash at the box office with Sanjay Leela Bhansali's "Padmaavat". The release was later postponed thrice owing to the dispute. The film was directed by Abhishek Sharma.

Presenting the incredible batting numbers of Virat Kohli as captain

'You did good': Anushka pens note as Virat quits captaincy

Sudha Bharadwaj to be released in Elgar Parishad case

Aryan walks out of jail after 26 days in custody

Bollywood, DO NOT dare to remake these 5 classic songs

'Rowdy Rathore 2' getting made after all, in scripting stage

'Gangubai Kathiawadi' only Indian film to premiere at Berlin Film-Festival

Juhi Chawla to be part of Sanjay Leela Bhansali's 'Heeramandi'?

'Jann Gann Mann' review: A lyrical tribute to our motherland

'Kusu Kusu' review: Nora Fatehi is the only savior here

It's 'The Kashmir Files' v/s John's 'Attack' next Republic Day

India's 'No First Use' Nuclear policy could change, hints Rajnath

Check out the day one collection of John Abraham's 'Parmanu'

John Abraham, wife Priya down with COVID-19; in home isolation