'Newton' is India's official entry for the Oscars 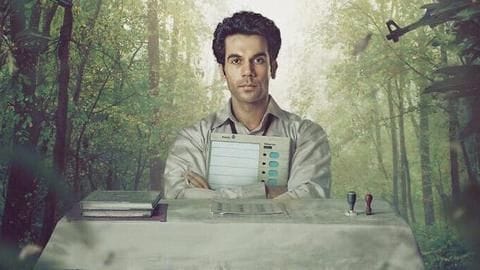 It's official: Amit Masurkar's acclaimed political satire 'Newton' is India's entry for Oscars this time. it will compete in the Best Foreign Language Film category. The Rajkumar Rao starrer beat 25 other films including hits like 'Dangal' and 'Baahubali: The Conclusion'. India has never won in this category. The 90th Academy Awards will be held on March 4 next year in Los Angeles.

Information
About the movie

'Newton' tells of Newton Kumar, a clerk who's sent on election duty to a Naxalite-hit area of Chhattisgarh. He then fights to hold free and fair elections in the disturbed region. Produced by Drishyam Films, it also stars Pankaj Tripathi, Anjali Patil and Raghubir Yadav.

Reaction
'Hope this brings attention to what is happening in Chhattisgarh'

Manish Mundra, Drishyam founder, called it "the most incredible news of our lives". For actor Tripathi, the "day is made". "I hope this brings more attention to what is happening in Chhattisgarh right now," said an excited Masurkar about the film "we made for India". Interestingly, the Newton's selection was announced the same day as its theatrical release in India.

Data
These are the movies 'Newton' will compete against