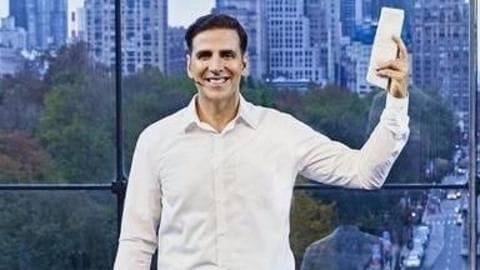 The trailer of the most awaited film of 2018, 'Padman' was unveiled by the man himself, Akshay Kumar on Twitter on Friday. In the trailer, Akshay is seen fighting the societal norms and later emerging as a true winner. Akshay has always associated himself with films concerning social issues and this one too will resonate with the audience for the same reason. Here's more!

Details
About the film 'Padman'

'Padman' is based on the story of Tamil Nadu-based social activist Arunachalam Muruganantham, who is the inventor of a low-cost sanitary pad making-machine. He has innovated grass-roots mechanisms for generating awareness about traditional unhygienic practices around menstruation in rural India. He was awarded Padma Shri by the Government of India; he also featured on Time Magazine's list of '100 most influential people'.

Verdict
Editor's take on the trailer

Th trailer opens with Amitabh's baritone narration, the trailer sways through America and then appears India's superhero 'Padman' (Akshay). He, with his wrong English, conveys a strong point "Woman strong, mother strong, sister strong, then country strong!" Akshay is seen fighting against the stereotypical mindset of the society. Although the trailer is less glamorous and colorful, but conveys the right message.

'Padman' would release on Republic Day. Akshay has announced that he would release both his film 'Padman' and '2.0' in the same Republic Day week. Akshay decided to pitch himself against himself on Republic Day because '2.0' and Padman are different from each other in terms of content and even audience. Secondly, Akshay doesn't really see '2.0' as his film- it is Rajinikanth's film.