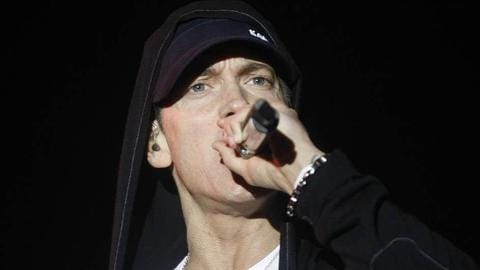 While Eminem has a multitude of hard-hitting songs, Phenomenal is one track that truly stands apart. It was used in the soundtrack of the boxing drama Southpaw, starring Jake Gyllenhaal, which released in 2015. Phenomenal perfectly captures the movie's themes about resistance and resurrection. On its sixth anniversary, let us look back at some interesting stories and lesser-known facts about the composition.

Trivia
The rapper was brought in to star in the film

The rapper was in talks to star in Southpaw and this would have marked his first big role since 8 Mile. But, he was busy with The Marshall Mathers LP 2 album and opted out of the film. Eminem became the executive producer for the film's soundtrack. He has also worked on multiple tracks for Southpaw, including Kings Never Die, Raw, and This Corner.

Statement
'Eminem captured his passion for Southpaw movie through his music'

The songs were released via Shady Records. Talking about the collaboration, its president Paul Rosenberg said, "We have been involved in developing Southpaw since its inception, and Eminem has dedicated himself to ensuring that this film captured his passion for the project through his music." "We've assembled a great soundtrack to accompany what's sure to be one of the finest boxing films ever."

Southpaw writer Kurt Sutter noted that the song highlights Eminem's own struggles as a rapper too, as being a southpaw in boxing is akin to being a white rapper. Eminem draws a link to Cypress Hill's classic How I Could Just Kill a Man, when he says, "I write with the left/Same hand I hold the mic with as I fight to the death."

Its music video, which released a few months later in 2015, shows a famous rapper (Eminem) waking up from a coma in hospital. He soon learns that he has a concert to conduct. In this rush, we see the blond-haired crooner fight his way through an Asian city to finally hit the stage. Dr. Dre and John Malkovich make cameos in this high-octane video.

History
Not the first time Eminem's song has a boxing link

This is not the first time Eminem has dabbled in music related to boxing. His song Cinderella Man from 2010 album Recovery shared the same title with Russell Crowe's hit boxing movie by the same name. Though there was a speculation, Grammys-nominated artist Script Shepherd, who had sung the chorus, confirmed that the movie did not inspire the song, but "he liked the film."