Priya was under 'house arrest' after becoming the 'wink girl'

Remember Priya Prakash Varrier, who became the Internet sensation last year? She became the nation's crush overnight after her wink video from Oru Adaar Love went viral on social media. Since then there's been no looking back for her. However, this newfound stardom wasn't easy to handle for the actress, who revealed that she was under house arrest after getting the 'wink girl' tag. 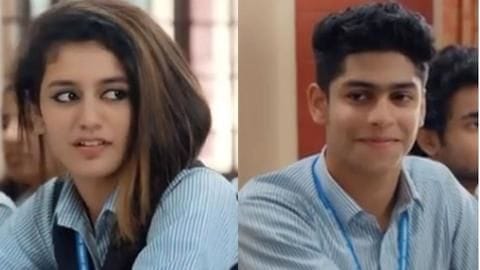 It all started after the song Manikya Malaraya Poovi starring Priya and Roshan Abdul Rahoof from Oru Adaar Love was released last year. Priya, instantly, caught the Internet's fancy with her eyebrow dance and impressive wink, as she flirted with Roshan in the song. The 'wink' not only initiated a meme fest, but it also made Priya as India's most searched personality in 2018.

Statement
My parents didn't allow me to go out, says Priya

Recalling those days, Priya stated that she and her family did find it a little difficult to deal with the newfound stardom. The 19-year-old newcomer wasn't allowed to go out as her parents were tensed about her security. "It's true that I wasn't given cell phones or anything. For a few days, I was under house arrest," Priya was quoted saying.

Priya further added that the media didn't leave a chance to get a statement from her. In fact, there were times when she gave interviews in her college uniform itself. However, later her father came to her rescue from this constant media glare. "Media people just turned up at my door without even informing and my dad would make up some story," Priya asserted. 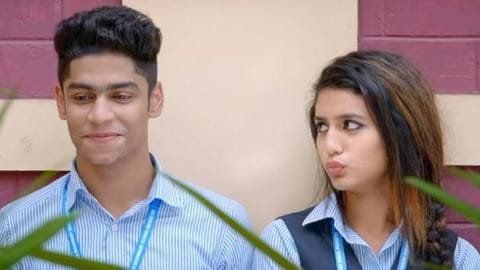 Interestingly, after her wink video, another video from Oru Adaar Love went viral on social media recently. In the 10-second video, Priya and Roshan, dressed in school uniforms as they were in that wink video, are seen sharing a steamy kiss. However, unlike her previous video, Priya's kiss video was trolled on social media and was termed as a cheap publicity stunt by viewers.

Helmed by Omar Lalu, Priya and Roshan's much-awaited Malayalam movie Oru Adaar Love will be releasing on Valentine's Day this year. Notably, the movie will also be releasing in Telugu and Kannada subsequently. Besides this film, Priya will also be making her Bollywood debut this year with Sridevi Bungalow. According to media reports, the movie is inspired by the life of late actress Sridevi.