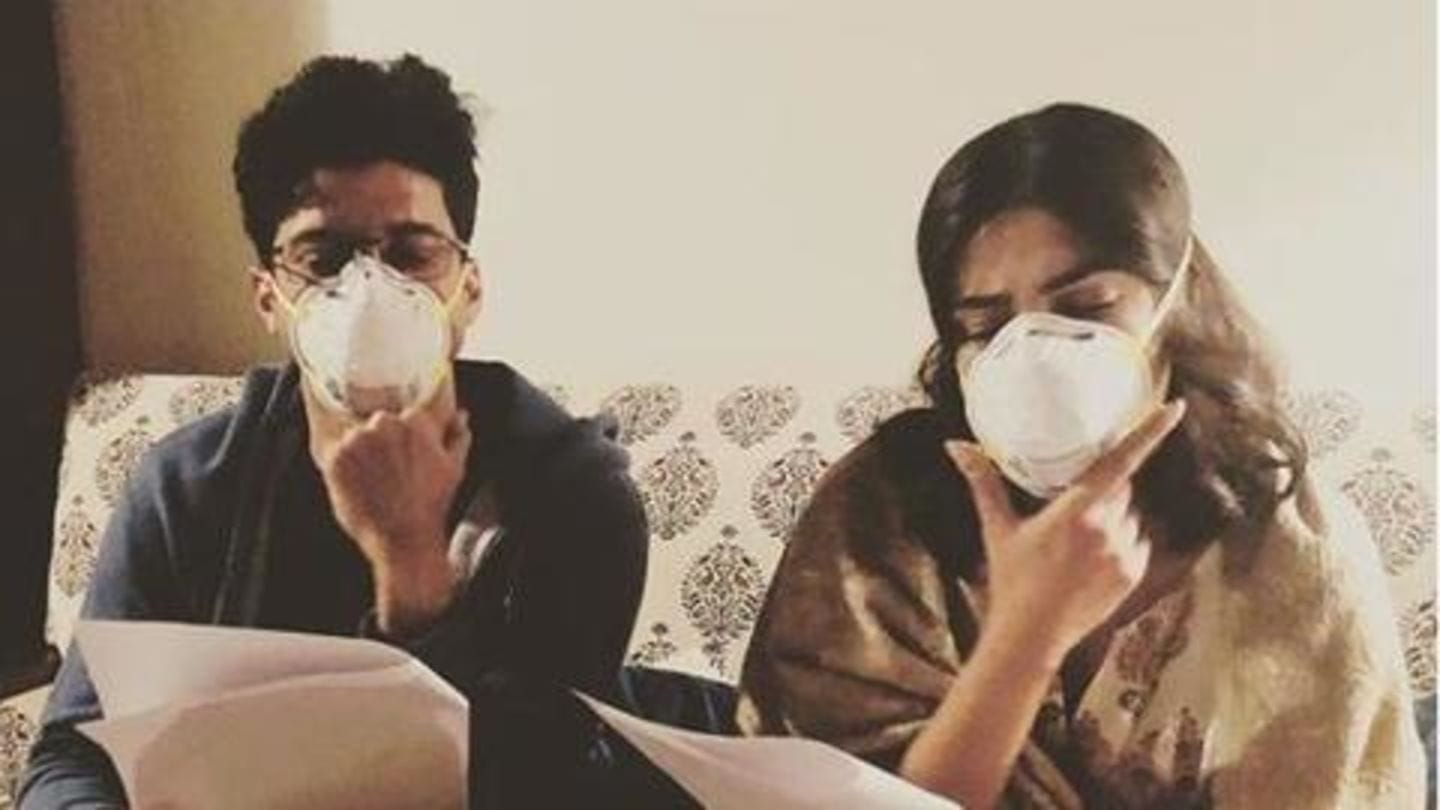 Priyanka Chopra announced on Instagram yesterday that she's shooting for her next Hindi film, 'The Sky is Pink' with co-star Farhan Akhtar in Delhi, where pollution levels make news every day. Taking a dig at it, 44-year-old Farhan, posted a picture on Instagram where he and Priyanka could be seen wearing masks to protect themselves from Delhi pollution, as they prepped for a scene.

Here's how Farhan and Priyanka are 'masking' their emotions

Masking our emotions in the Delhi air. @priyankachopra your pose is just ✅ #bts #prescenereading #theskyispink

The sun and I.. Delhi here we go.. #theskyispink

Shonali Bose, best known for the critically-acclaimed 'Margarita With A Straw', is directing and writing the film, which is also the second on-screen collaboration of Priyanka and Farhan, after 2015's 'Dil Dhadakne Do'. 'October' writer Juhi Chaturvedi has penned the dialogues. The film, co-starring Zaira Wasim, is a love story of the parents of motivational speaker Aisha Chaudhary, who was diagnosed with pulmonary fibrosis.