#ZeroTrailer: SRK aka Bauua Singh is here to win hearts 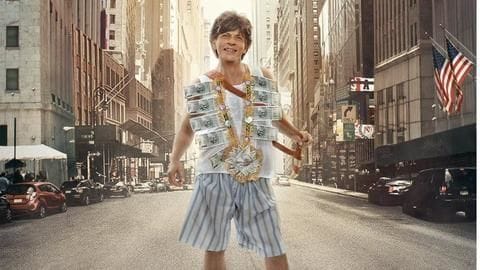 It's Shah Rukh Khan's 53rd birthday and King Khan is here with a major gift for his fans - 'Zero' trailer. After creating much of a fan frenzy, King Khan has finally released the much-awaited trailer and it's all about winning hearts. Helmed by Anand L. Rai, the movie features SRK as a vertically challenged Bauua Singh along with Katrina Kaif and Anushka Sharma.

In this article
'Zero' trailer

'Zero' is full of surprises

SRK deserves all the praises for his role of a vertically challenged man Bauua Singh and as Aamir Khan said, SRK has certainly outdone himself. This is the first time Khan has played such a role and he has once again proved why he is the King of Bollywood. Be it the quirky punchlines or SRK's terrific acting, Bauua will surely win your heart.

Anushka is playing the role of a wheelchair-bound girl and she looks quite convincing. Besides, her chemistry with SRK is one of a kind. This is their fourth collaboration for the silver screen. Each time they came together, we fell in love with them, and it seems it will happen again. In 'Zero', SRK-Anushka's equation is exceptional as they recreate their magic.

Katrina Kaif will set the screens on fire

The actress oozes oomph and we can't get enough of her smoking hot avatar. Undoubtedly, not just Bauua, we too are smitten by Kat's beauty. Notably, this is her second movie with SRK and they did leave us wanting for more.