'Snake Eyes' trailer shows how every warrior has a beginning 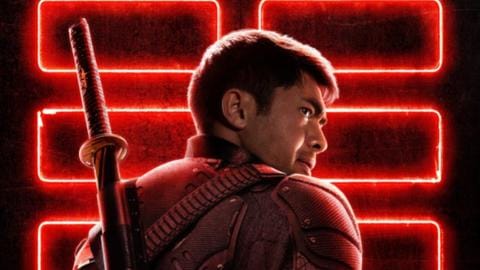 Paramount Pictures has finally dropped the first teaser trailer for Snake Eyes. It is an action spin-off movie from the G.I. Joe franchise and features Crazy Rich Asians star Henry Golding in the titular character. Based on the iconic Hasbro characters, the movie will look to change the fortunes of the series, as the previous two movies, released in 2009 and 2013, were disastrous.

Trailer
Trailer breakdown- The stunt choreography is on point

The trailer shows incredible action sequences on cars and bikes, with guns, katanas, etc. Golding fights his way atop a moving vehicle, taking stunt choreography to another level. The trailer shows how the actor slowly transforms himself into Snake Eyes, a commando, whose information has been labelled CLASSIFIED. So, when the teaser drops hints about his real name, identity, origin story, we sit up.

Details
It takes us through his journey to becoming ninja warrior

It focuses on the journey of a lone fighter who joins an ancient Japanese clan called Arashikage. The trailer is well-edited and packed with shots of neon lights, blazing guns, and a cameo of the iconic Snake Eyes helmet. The Blind Master sums it all up in the end, saying, "The journey from here is yours to decide. But that is just the beginning."

Apart from Golding, the incredible cast includes Andrew Koji, Úrsula Corberó, Samara Weaving, Haruka Abe, and Peter Mensah. The highly-awaited movie is directed by Robert Schwentke (of R.I.P.D. fame) and produced by Stephen Davis and Lorenzo di Bonaventura. It will hit the theaters on July 23. Snake Eyes will also be coming to Paramount+ on September 6, just 45 days after its theatrical release.

Trivia
Did you know 'Snake Eyes' was always a Caucasian character?

Actress Samara Weaving is the niece of Hugo Weaving. Hugo has voiced Megatron in the Transformers movies, which is also a part of Hasbro property. Snake Eyes has always been a Caucasian character in all the G.I. Joe comics, animated series, and movies. Fans were happy when Golding, who is both English and Malaysian, became the first Snake Eyes with an Asian heritage.