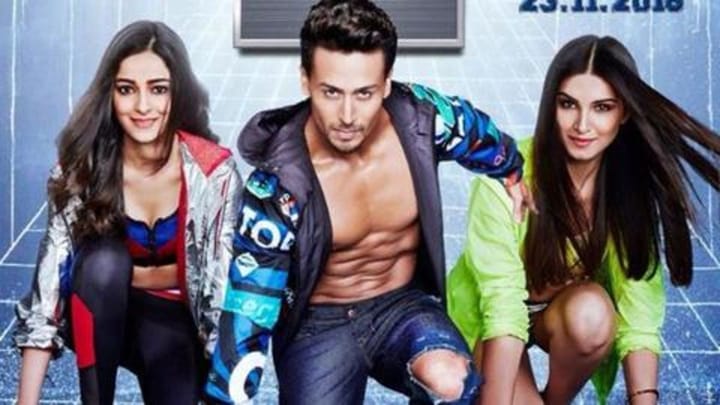 The ace marketer Karan Johar has been teasing his fans with posters of Student Of The Year 2, for quite sometime now. And now, he has unveiled the much-awaited trailer of the movie which features Tiger Shroff, Tara Sutaria and Ananya Pandey in the lead. But, much to our dismay, it turned out to be a huge disappointment. Take a look!

The trailer is all about Tiger and his muscle game

The three-minute-long trailer begins with Dean Samir Soni announcing a new competition for St. Teresa students. It followed by the introduction of the lead cast with a major focus on Tiger and his antics. The trailer largely features Tiger flexing his muscles, flaunting his abs, jumping off the buildings and mouthing some over-the-top filmy dialogs.

The movie also features two newcomers of the industry - Tara and Ananya (big shout-out to nepotism). In the trailer, Tara is shown as a girl next door, who aims to win the dance competition to make it big in life. On the other hand, Ananya plays the role of a rich, spoiled princess. And, as expected, Tara-Tiger-Ananya are seen in a love triangle.

'SOTY2' is a sequel we didn't ask for

The makers thought SOTY2 would take the audience on a nostalgic (?) ride of Student Of The Year. Although, the sequel has a strong hangover of the first installment with a similar theme surrounding a grand competition and the hardcore fight to win the trophy, but it lacks the oomph factor. Unlike SOTY, the sequel has two girls fighting for one guy.

Helmed by Punit Malhotra, Student Of The Year 2 will be releasing on May 10, 2019. Interestingly, there are rumors that Hollywood star Will Smith would be doing a cameo in SOTY2. However, KJo maintained the surprise element and stated, "I have known Will for some time but if he is there in the movie or not, you'll have to wait for the film."