Unhinged has broken into the long lonely theaters of the US and has earned $4.06 million after opening in select screens across the country on Friday. Notably, the movie-goers were waiting restlessly for such a thriller to uplift them from the pandemic. Before the US, the film got released internationally last month in 25 countries including Germany, UK, Australia, etc.

The film opened in 1,823 theaters across US over this weekend and Solstice Studios, its distributor, plans to achieve the 2,300 theater mark by the next. The current earning of just over $4 million against its production budget of $33 million would seem discouraging, but given the times and people's desperation to watch a film in halls may jack up the numbers, feels Solstice.

Strategy
'Have a lot of stairs to climb, first steps encouraging'

Solstice has set aside a target of $30 million from North America alone. Highlighting it, distribution head Shari Hardison said, "We have a lot of stairs to climb, but the first steps are encouraging." Chief executive of Solstice Studios Mark Gill said the film has already earned $8 million internationally, and reaching goals in "these crazy uncertain times feels like a gigantic relief." 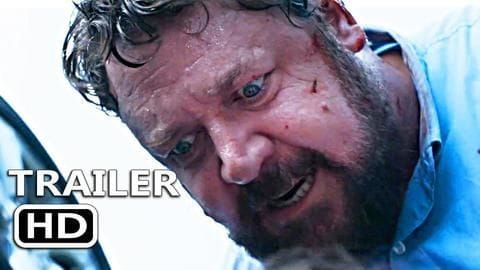 Preceding this "gigantic relief" is astute market research by Gill, which also convinced lead actor Russell Crowe. Crowe told reporters that Gill showed him that people preferred watching thrillers the most during the pandemic, which is why Unhinged would entertain. "I definitely think there's some comfort in going into a room and having an experience where all the crazy s--- is imagined," he highlighted.

After Gill's research, the next dealmaker was Crowe's spectacular promotional video that freaked celebrities and the audience alike. Breaking the monotonous pleasantries every celebrity was resorting to while promoting their films, Crowe got into the character of the psychopath driver he plays in the film. He said, "I got a movie coming out. It's called Unhinged. Not f**king with you, it's called...Unhinged."