Why didn't Aamir ever use expensive laptop gifted by SRK 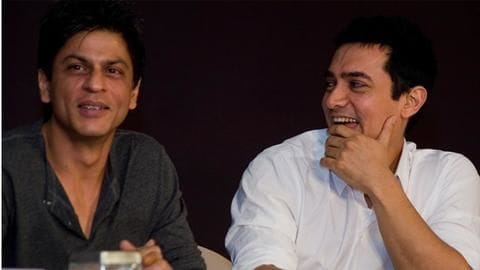 For the longest time, Shah Rukh Khan and Aamir Khan have been touted as arch rivals. However, the two have always dismissed such reports. To back it up, a video of Aamir has gone viral recently where he was heard sharing a funny anecdote about SRK. Aamir revealed that SRK gifted him an expensive laptop but he didn't use it ever.

Statement
Technology and me are so far remote, says Aamir

During NASSCOM's annual technology and leadership summit in Mumbai, Aamir revealed how SRK is a tech-savvy person while he is a technology novice. Recalling an incident, Aamir stated, "Technology and me are so far remote. In 1996, SRK and I were doing a show together in the USA and UK. Shah Rukh is very much into technology, even at that time, he was up-to-date."

"SRK suggested me to buy the latest Toshiba computer which he too was buying. I had never used a computer in my life. However, after a lot of persuading, I asked him to get the same for me which he'll get for himself," Aamir added.

Adding further, Aamir stated that SRK bought him his first laptop, which was a new thing back then. "He got his laptop, he got my laptop and I came back to India," he added. But much to everyone's surprise, Aamir didn't use it even once. In fact, it was his new manager who opened the laptop five years later, but it didn't work then.

Movies
Both Aamir, SRK's last respective releases were a debacle

On the work front, 2018 wasn't a good year for both Aamir and SRK as their respective releases, Thugs Of Hindostan and Zero, tanked at the box office. In fact, neither of them have announced their next project as of now. However, there are reports floating around suggesting that Aamir referred SRK for astronaut Rakesh Sharma's biopic, which is yet to hit the floors.