This 17-year-old failed to even hold a pen 20 days before she was to write her Class XII board exams. But due to her indomitable spirit, she ended up scoring 86.6%. Meet Bareilly girl Umara, for whom writing even a single word seemed like an eternal battle as she suffered from writer's cramp, caused by intermittent muscle contractions in fingers, hand and/or forearm.

Information
What is writer's cramp?

Writer's cramp is a neurological movement disorder. It happens when brain sends wrong signals to muscles, whereby one makes involuntary muscle contractions. It can be caused due to poor writing posture. Though there is no cure for this, it can be treated through combination therapy.

Couldn't write
For a full eight months, she suffered

It was June last year when her ordeal started: Umara failed to hold the pen with a strong grip. She went to four doctors in her hometown, all of whom gave her wrong medicines, and her problem persisted. "I would cry all the time because I could not make notes in the classroom," said the student of Saraswati Girls Vidya Mandir Inter College.

What happened next
Teachers and classmates helped her with photocopied notes

Her teachers, who were aware of her issue, provided her photocopied notes of her classmates, which she memorized, but stumbled when it came to numerical problems in physics and chemistry. For eight months, she struggled to find her grip (literally) and finally decided to drop out of school. Desperate to not let a brilliant student like Umara stop studying, her family took a chance.

Slow during exams
Treatment started, but couldn't cure her fully, still she aced 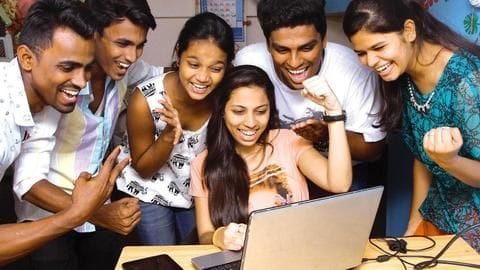 Just 20 days before her boards, her elder brother took her to AIIMS, Delhi, where she finally discovered what was holding her back: writer's-cramp. Her treatment started, but time was too short for its effects to show up. She was slow while writing the papers, and had to leave a couple of questions in the end of each paper. Despite that, she aced it.

Quote
'She'd have been topper again, if not for her disorder'

Her school principal said Umara had topped the school in classes X and XI. "She'd have been our school topper again this year if her speed wasn't affected by her disorder," she said, adding that Umara attended her classes regularly in spite of her illness.