On Tuesday, General Manoj Mukund Naravane took charge as the 28th Chief of the Indian Army, succeeding General Bipin Rawat, who has been appointed as the first Chief of Defense Staff. Before his appointment as Chief of the Army Staff (COAS), Naravane served as the 40th Vice Chief of Army Staff. He was elevated to this post in September this year. Here's more.

59-year-old Naravane's father retired as a Wing Commander from Indian Air Force, while his mother was employed in All India Radio as an announcer. An alumnus of National Defence Academy and the Indian Military Academy, Naravane got commissioned in the 7th battalion, the Sikh Light Infantry Regiment, in June 1980. He also attended Wellington's Defence Services Staff College and Army War College in Mhow.

In 39 years of his service, Naravane has served in peace, field, and active zones in Jammu and Kashmir and the Northeast. He was awarded the prestigious Sena Medal (Distinguished) for commanding his battalion in J&K. Other awards conferred on him are the Vishisht Seva Medal, for his services as Inspector General Assam Rifles (North) in Nagaland, and Ati Vishisht Seva Medal.

Details
In fact, he is an expert on China

Notably, Naravane has served as Indian Defense Attache to Myanmar for three years and is seen as an expert on China. In 2019, he spoke about the 2017 Doklam stand-off and said China was "caught unprepared". "I do not see 1962 (India-Sino War) as a black mark on the Army at all and the armed forces... but we have learned our lessons," he said.

Suggestion
According to Naravane, defense spending should stay within India 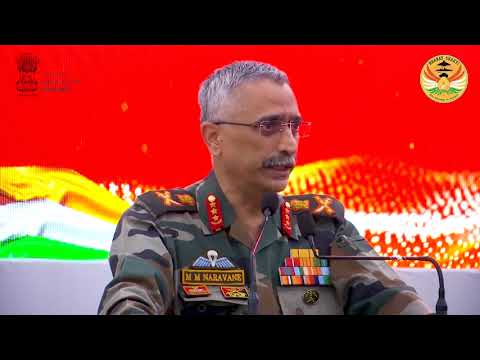 As it turns out, Naravane is also an advocate of home-grown technologies and wants start-ups to be more involved. "In the coming years, we would be spending a lot on security and defense. It should be our endeavor that in the coming years most of this expenditure that we are going to incur should stay within the country and not go abroad," he had said.

Similarity
Interestingly, Naravane has something common with other service chiefs

It's worth mentioning that Naravane has something in common with Navy Chief Admiral Karambir Singh and IAF's Air Chief Marshal RKS Bhadauria. Like Naravane, fathers of Singh and Bhadauria also served in IAF. Singh's father Gurmaijit Singh was a Wing Commander while Bhadauria's father Suraj Pal Singh Bhadauria was a master warrant officer. Further, all three chiefs belong to the 56th course of NDA.

As is known by now, Naravane's predecessor Rawat is India's first CDS. The newly-created position will ensure better coordination between government and forces. Rawat, who will be ahead of tri-service chiefs only in the protocol, will work for better integration of forces and trim weapons procurement process. On his new role, Rawat said he has many responsibilities and will form a strategy soon.