Remember Priya Prakash Varrier, the Malayali actress who became an internet sensation for her eyebrow dance in that "wink song", Manikya Malaraya Poovi from the film Oru Addar Love? Well, she appears to be the most searched personality on Google in India, beating last year's winner Sunny Leone. Google yesterday released 'Year in Search 2018-India' with the most-searched categories this year. Here's more.

Priya's wink-meme covered all, from Rahul to Modi 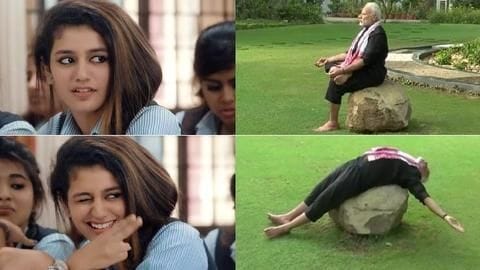 The aforementioned Malayalam song, featuring Priya was released in February, and instantly became an internet sensation. In the song, Priya was seen flirting with a classmate, in which first he raises his eyebrow. She then responds raising both her eyebrows, and finally ends it with a wink. The 19-year-old's fancy expressions scorched the internet and her "wink" resulted in a everlasting memefest.

Meanwhile, in Google trends, after Priya, Nick Jonas, who married our Desi Girl, Priyanka Chopra this month, was the second most searched personality in India. Notably, Priyanka herself stood at the fourth position in the list. Haryanvi singer and former Bigg Boss contestant Sapna Chaudhary bagged the third place in the list, and Sonam Kapoor's husband Anand Ahuja stood at the fifth place. 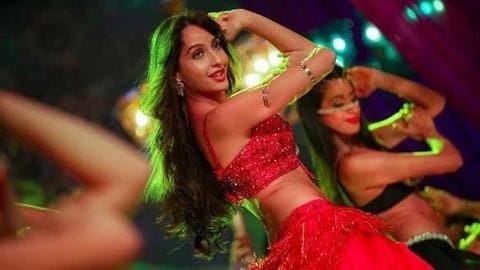 Going further in the list, the most googled song this year in India was Dilbar Dilbar from the John Abraham-starrer Satyamev Jayate. The song featured model-turned-actress Nora Fatehi and garnered a huge audience, who were floored by Nora's belly dancing moves. Punjabi artists Kamal Kahlon and Param Singh's Daru Badnam bagged the second position in the list, followed by Arijit Singh's Tera Fitoor.

Most searched movie on Google title goes to 'Robot 2.0'

In the most googled movie in India, Robot 2.0 took the cake. The sci-fi action movie starring South superstar Rajinikanth and Bollywood's Akshay Kumar was the most expensive film in India and had raised the curiosity after it revealed Akshay's deadly look. Robot 2.0 was followed by Baaghi 2 and Salman Khan's Race 3, while Avengers Infinity War stood at the fourth place.

FIFA World Cup 2018 was the most googled news

Coming to the news section, FIFA World Cup 2018 was the most googled news in India this year. The World Cup, which was won by France (after 20 years), saw the rise of the underdogs, as the big guns lost early in the tournament. The World cup was followed by Karnataka election results and Priyanka and Nick's wedding that happened in Jodhpur, respectively.