Anyone can enter: SC on women-entry ban in Sabarimala Temple On Wednesday, the Supreme Court said the ban on women entry in Kerala's Sabarimala shrine is against the Constitution.

The bench asked temple authorities on what basis they denied entry to women and observed it violated the constitutional mandate.

Women are God's creation, why should praying be prohibited: SC Hearing arguments from both sides, Justice DY Chandrachud said, "Every woman is also the creation of God and why should there be discrimination against them in employment or worship."

In the temple, there is a traditional ban on women aged between 10 to 50 from praying.

Further, CJI Misra said, "Once you open it (the temple) for the public, anybody can go."

As part of 800-year-old tradition, women can't pray inside temple 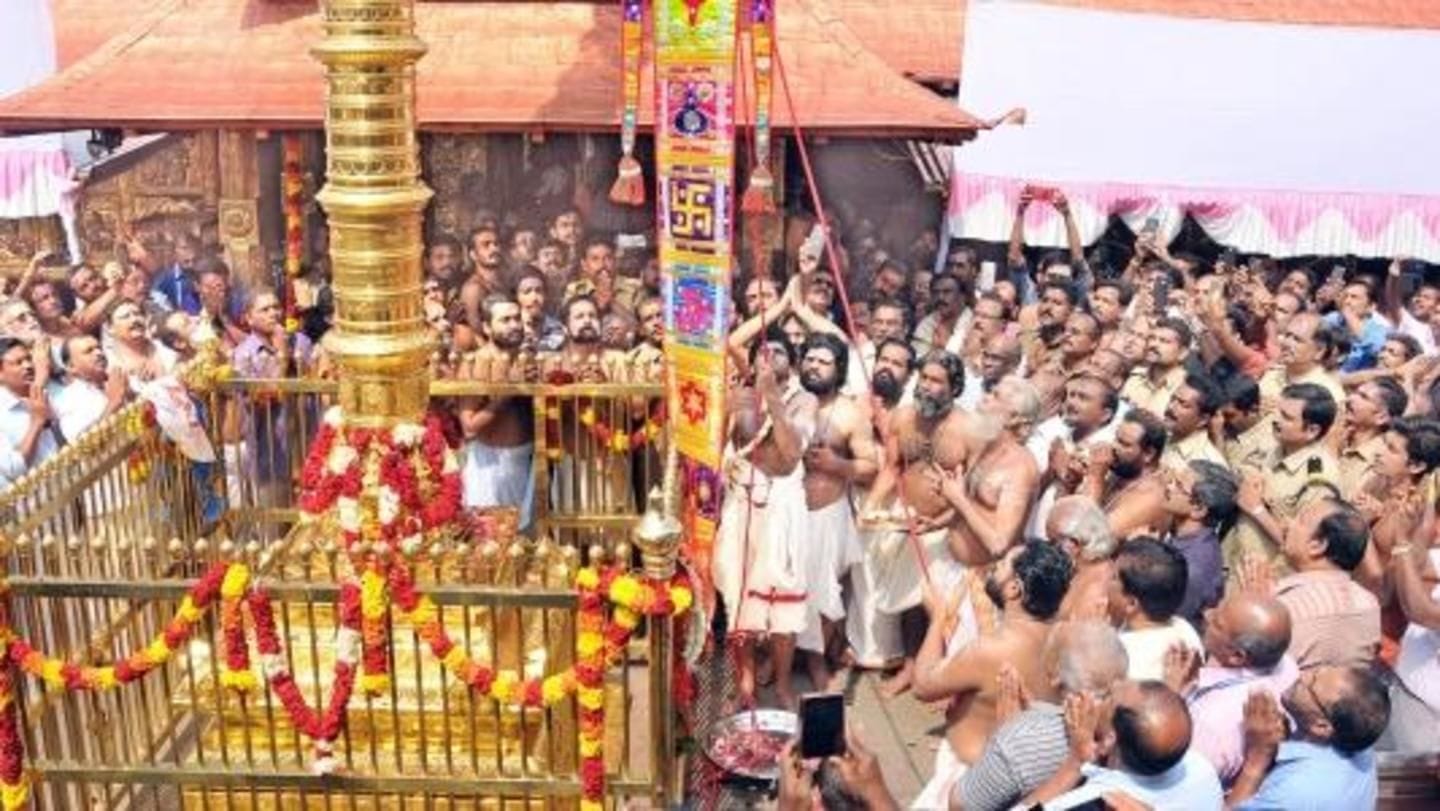 The Indian Young Lawyers Association filed a PIL seeking an end to the 800-year-old tradition.

The petitioner wanted orders to be given to Kerala government, the Travancore Devaswom Board, Chief Thanthri (priest) of Sabarimala Temple and the District Magistrate of Pathanamthitta, to end the ban.

The counsel argued banning women in temple was 'neither a ritual nor ceremony associated with Hindu religion.'

The PIL was filed in 2006. The petition contended that the ban violated Article 14 (equality before law) and Articles 25 and 26 (freedom of religion) of the Constitution. It stated that such discrimination against women was not an accepted practice in Hinduism. In October last year, the apex court referred the case to a constitutional bench and framed five important questions about the issue.

The management of the iconic temple had opposed entry of women saying they aren't pure as they menstruate.

Notably, the CPI(M) led Kerala government took a progressive stand and said they favor upliftment of the ban.