The Supreme Court on Wednesday expressed concern over the farmers' protest, two days after the protesters and Centre sat on the negotiation table for the seventh time. While hearing petitions linked to the matter, Chief Justice SA Bobde said the top court is in favor of a dialogue. Earlier, SC stated it was mulling forming a committee to resolve the issue. Here's more. 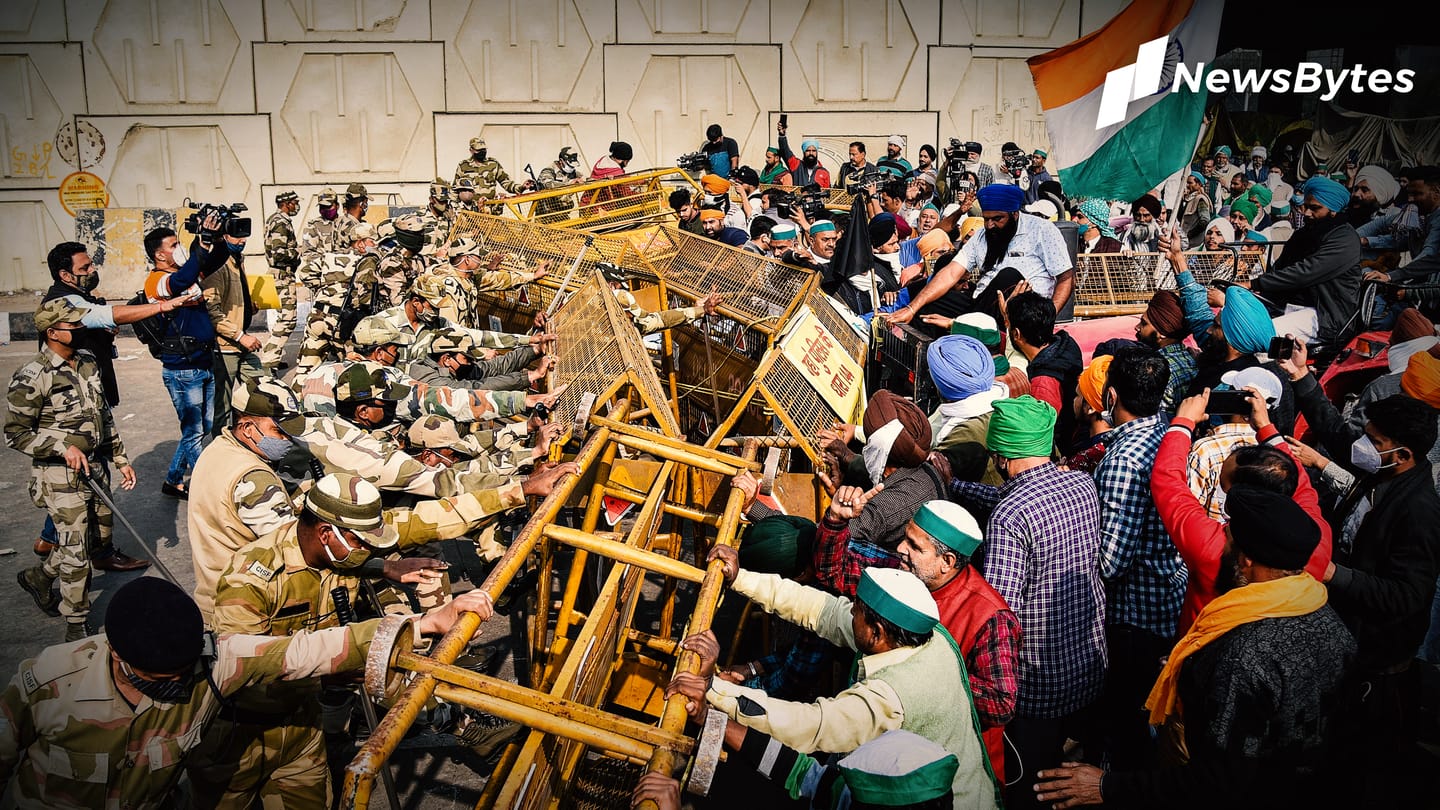 For more than a month, hundreds of farmers have been camping at the borders of Delhi to express their displeasure against three laws that were passed in mid-September. They have been demanding that the reforms are scrapped but the government hasn't shown an intention to do the same. So far, seven rounds of talks have happened but farmers remained dissatisfied with the Centre's offers.

We understand the situation and encourage talks: SC

A three-judge bench headed by CJI Bobde and including Justices AS Bopanna and V Ramasubramanian took up the matter today. CJI Bobde remarked, "There's no improvement in the situation at all. We understand the situation and we encourage talks." Centre's representative, Solicitor General Tushar Mehta, replied that healthy discussions were happening. "There are chances of some sort of understanding between the parties," he predicted.

Pleas will be taken up by top court next week The court ultimately agreed to hear all pleas against the laws on Monday, January 11. To note, petitioners have also approached the judiciary against the ongoing protest. One petitioner, Rishabh Sharma, had argued that the agitation posed a serious health risk, in the middle of a pandemic while adding that protesters were blocking crucial roads, thereby disrupting emergency medical services in the National Capital.

On December 17, the top court had remarked that farmers can protest but can't block Delhi. "If the protest has a purpose other than the protest, we wish to facilitate that," CJI Bobde had noted. The bench added that as Indians, it was sympathetic to the farmers. At the time, renowned lawyer Harish Salve kept reiterating that the agitation was choking the National Capital.

During the last meeting, the federal government declared to the farmers that a repeal of the laws is out of the question. Sarwan Singh Pandher of the Kisan Mazdoor Sangharsh Committee said the government told them to approach SC. "We urge the youth of Punjab to prepare for a long haul. We will take out a big procession on Republic Day," he had announced.