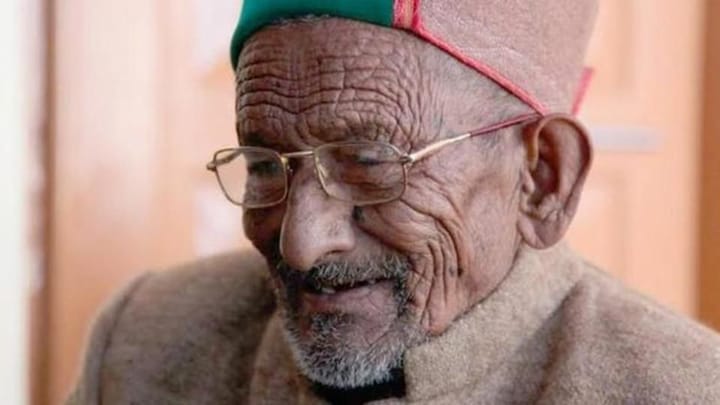 On 25th October 1951, Shyam Saran Negi became the first Indian to cast his vote in independent India for the Mandi-Mahasu parliamentary constituency in Himachal Pradesh. A 100 years old now, Negi now finds himself ready to vote in the Himachal Pradesh assembly elections again on 9th November. To honor and help the veteran, the Election Commission has made special provisions for Negi.

Special arrangements made for Negi

Owing to Negi's age, the Kinnaur district administration has decided to provide him with a pick-up and drop service. A grand welcome also awaits Negi at the polling booth. Over six decades back, when parliamentary elections were being held for the first time in India, the Election Commission had preponed voting in Kinnaur district, and Negi became India's first voter.

Negi became popular across the country when Google, for its #PledgeToVote campaign during the 2014 parliamentary elections, created a video of him narrating the story of his, and India's first vote.

Top BJP brass like home minister Rajnath Singh, textiles minister Smriti Irani, and UP CM Yogi Adityanath are expected to campaign against current Himachal Pradesh CM Virbhadra Singh in the upcoming assembly polls. Although Virbhadra had contested and won the 2012 assembly polls from Shimla, but has left that seat for his son Vikramaditya who is the state's Congress chief.