Future of SMS: Here's everything about RCS messaging 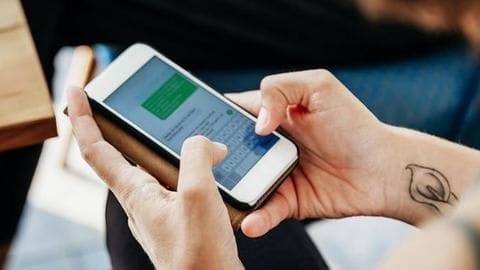 With the introduction and expansion of WhatsApp, we all saw the downside of text messaging. When you send an SMS today, there are no handy features such as read receipts, typing indicators or even stickers. But now, carriers and smartphone-makers are working to offer most of these benefits by replacing SMS with a new messaging standard called Rich Communication Services. Here's all about it.

RCS can be described as a modern take on messaging, a system offering the best of WhatsApp, Messenger, and iMessage by operating within the text messaging app of a smartphone. It was introduced in 2007 but didn't get attention until last year when Google announced it was working with leading carriers to bring 'Chat', a protocol based on RCS Universal Profile, into Android Messages.

Features
What can you expect from RCS messaging?

When available, the interactive RCS protocol will eliminate all problems you encounter while texting. For instance, you'd be able to send high-resolution photos, videos, and audio messages, create groups, receive read receipts, and even see when the other party is typing in response. Google has also been reported to be working on several smart features for its RCS Chat, including smart replies, GIFs, stickers.

Added features
Also, there will be business support features

Along with instant messaging, Google's RCS Chat protocol will also offer business communication benefits. The search giant has been working with different businesses to leverage RCS capabilities and enable informative interactions. Meaning, you'll be able to connect with a business through Chat itself and get instant updates, like for a package or upcoming flight (with options for seat selection and boarding pass downloads).

Information
However, no encryption for Google RCS chat

While Google's RCS 'Chat' protocol will take on the likes of Telegram and WhatsApp, it is important to note that the system won't have end-to-end encryption as we see on iMessage and other instant messaging platforms.

Support
So, which phones will support RCS?

For RCS messaging to work, your operator should offer support for the protocol, which should be baked into your phone's software and its messaging app. Google has integrated its RCS chat with Android Messages and Samsung Messages at this stage. And, as for telecom support, the company is working with 55 carriers, including Airtel, Jio, and Vodafone (in India).

Information
Both conversing parties should have RCS support

It is also worth noting that the support for RCS messaging is necessary for both individuals engaged in a conversation. If any one party lacks operator or app-support, the messaging method would switch to conventional SMS.

Availability
When will RCS chat come to India?

As RCS availability depends on operator and hardware support, we expect its roll-out to vary from country to country. Google is working with Indian carriers, but there's no precise timeline. Notably, back in April, Anil Sabharwal, Google's head of communications, claimed, "Our goal is to get this level of quality messaging to our users on Android within the next couple of years."