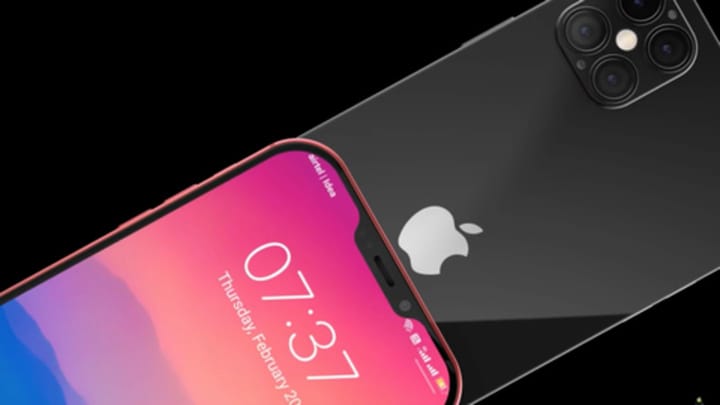 Apple's iPhone 12 is several months away from going official but that hasn't stopped the artists from imagining how it will look like. YouTuber ConceptsiPhone has created renders of the upcoming iPhone based on the rumors, leaked information, and speculation around the handset. The concept video reveals an edge-to-edge display with a smaller notch, quad-lens rear camera, and some new color options.

The concept video shows an iPhone X-like design, with some noticeable changes. The notch is very much there but is relatively smaller, and the edges have also been shaved to offer increased screen real-estate. The rounded frame has been replaced by flat metal edges (like iPhone 4 series) and the Lightning port has been dropped in favor of the universal Type-C connector.

The concept video details a square-ish camera arrangement similar to the one we saw on the iPhone 11 series. However, since it is the next-generation model, there are now four lenses that are unsubtly arranged around an LED flash unit. On the front, the notch is expected to house a Face ID biometric setup and a single selfie snapper.

What else do we know about the iPhone 12?

The video doesn't give away the specifications of the upcoming iPhone. However, rumors suggest it will come with a 6-inch OLED screen, a new A-series processor (presumably A14 Bionic), up to 8GB of RAM, and up to 512GB of internal storage. A recent report also claimed that iPhone 12 will support the latest 802.11ay Wi-Fi standard that has the potential to offer multi-gigabit speed.

When will iPhone 12 be launched?

Going by the traditional launch cycle, Apple will unveil the iPhone 12 series sometime in September this year. However, the release date may be slightly delayed this time if the coronavirus outbreak continues to disrupt the global supply chains.