Convert your phone into a spy tool with Snowden's app 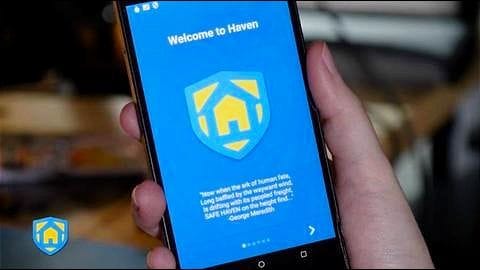 Edward Snowden needs no introduction. The National Security Agency whistleblower exposed classified information about the US Government's surveillance programs and monitoring activity in 2013. Snowden, who is in exile in Russia, has now launched an app "Haven" that converts any Android device into a spy tool. Activists, journalists, and others at risk can protect themselves, their devices and property using Haven. Here's how!

A safe room that fits in your pocket: Snowden

According to Snowden, Haven is an open-source security tool developed for investigative journalists, human rights activists, advocates, and others at risk of "targeted attacks". It is a simple Android app that uses the device's onboard sensors for detecting changes and movement in a location and provides monitoring of the place. It basically transforms the device into a surveillance tool to prevent physical tampering.

How does the Haven app work?

Haven app works in a manner similar to smart home security systems. Users can customize what they want Haven to detect. The device's microphone can hear and record sounds, its accelerometer detects motion, light meter detects changes in lighting, and camera might capture photos. The app can also broadcast these changes and send alerts via SMS, Signal app, or to a Tor-based website.

"Haven: Keep Watch" app is currently available on the Android platform only, in public beta version. One can download the app via Haven's website; it is also available on Google Play Store.

Freedom Of The Press member, Micah Lee, said Haven can be used as a "cheap home or office security system" for detecting vandalism or break-ins. He said the phone can be positioned to send photographs "when someone walks within range". Lee added one can use Haven to "monitor for wildlife in rural areas or to capture evidence of human rights violations and disappearances."