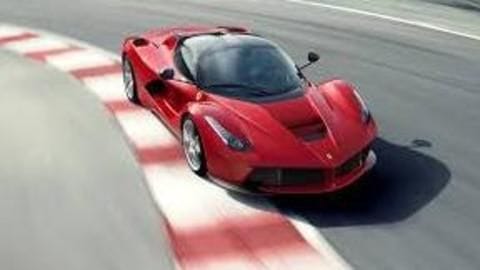 According to reports, Ferrari is testing a new gasoline-battery hybrid car that runs silently without making any sound as it accelerates from a full stop at the company's headquarters in Maranello, Italy. Sergio Marchionne, the CEO of Ferrari, said that the hybrid car will show "the full power of electrification." The company will reportedly start offering hybrid engines on all new models from 2019.

Further, from 2020, the hybrid tech will reportedly power Ferrari's yet-to-be-launched first ever sports utility vehicle (SUV), which Marchionne claims will be the fastest SUV in the market. With hybrid engine soon being an option on all new models, analysts expect Ferrari's annual production to increase to 15,000 cars from last year's 9,000. Notably, Ferrari won't introduce a fully electric car before 2022.

Background
Marchionne has been a long-time skeptic of electric cars

Interestingly, Marchionne has long been skeptical about electric cars, a technology being widely accepted by auto makers. Last October, Marchionne said that if electricity comes from polluting other sources, then "the analysis that we are going to save the planet with electric cars is nonsense." Further in January, he said that electric cars were not worth automakers' investment.

Porsche's first all-electric sports car Mission E will launch either at year-end or early next year. Aston Martin will launch an electric version of its Rapide in 2019. Bentley already unveiled a hybrid version of its Bentayga SUV in March.