Google will unveil its latest flagship phones, the Pixel 4 and Pixel 4 XL, at an event on October 15 in New York, according to media invites sent by the company. Alongside the new smartphones, we also expect the tech giant to announce other hardware, given the invite promises "a few new things Made by Google." Here's what we know about Pixel 4-series.

The Pixel 4 series will feature a notch-less display with slim bezels on three sides and a thick top bezel. Google has adopted this "forehead" design to pack sensors for marquee features like Motion Sense, Face Unlock, a secondary speaker, and a front-facing camera. On the rear, the phones will offer a glass panel that will house a new square-shaped multi-sensor camera system.

Highlight features
All about Motion Sense and Face Unlock 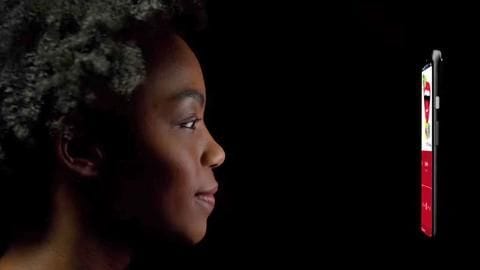 Google has already confirmed that Motion Sense and Face Unlock features are coming to the Pixel 4 series. Motion Sense is a Soli radar-powered feature that uses software algorithms and sensors to recognize gestures by the wave of your hand. Moreover, the phones will also come with an IR-camera based Face Unlock feature that'll use the Soli radar to offer a seamless unlocking experience.

Further, according to a slew of leaks, the Pixel 4 will feature a 5.8-inch full-HD+ OLED screen while the XL model will get a larger and sharper 6.23-inch QHD+ OLED display. The screens on these handsets will also support dynamic 60-90Hz refresh rate which Google calls as "Smooth Display". This high refresh rate will allow for smoother scrolling, fluid animations, and better gaming experience.

The Pixel 4 duo will come with a dual-lens rear camera, reportedly comprising a 12MP standard lens and a 16MP telephoto lens. However, on the front, the handsets are likely to come with a single selfie snapper. Some of the other expected features include a redesigned camera app, improved Night Sight, Live HDR, Audio Zoom, 8x zoom capability, Astrophotography, and a new "Motion Mode".

The Google Pixel 4 series will be powered by the flagship Snapdragon 855 chipset, paired with upto 6GB RAM and 64GB/128GB of storage. Under the hood, the standard Pixel 4 is tipped to pack a 2,800mAh battery while the XL model will have a 3,700mAh battery. Lastly, both handsets will come with stereo speakers, Titan M chip, revamped Google Assistant and Android 10.

Other highlights
We expect to see new "Made by Google" products