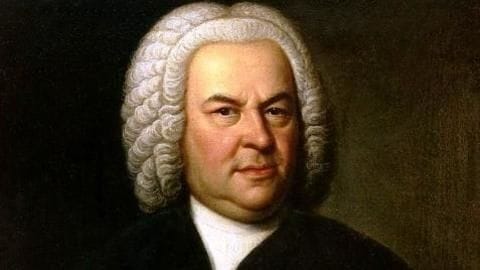 Google is celebrating the birth anniversary of legendary composer and musician of the 18th century Johann Sebastian Bach. The search giant has released its first-ever AI-powered Doodle on the occasion, giving Bach's fans an opportunity to harmonize like him. It works very easily and lets you compose beautiful music, even when you've got zero composition skills. Here's how to use it.

Composition
Add notes and Google Doodle will harmonize them

The AI-driven doodle can be used by heading over to www.google.com and clicking on Bach's animated image. From there, the Doodle will start working, telling a bit about Bach and the creation of harmony from notes. Then, it will let you add your own notes by clicking on the screen and 'harmonize' them into a musical composition in the signature style of Bach.

Once you add notes and hit the 'Harmonize' button, the notes would be transformed into a Bach-esque four-part harmony with additional tones and support from the AI. Notably, your melody will also be available for playback and sharing with the world.

Working
How this AI Doodle works

The AI Doodle has been powered by Google's machine learning model Coconet. It was trained on 306 of Bach's chorale harmonizations, each of which had a consistent structure of four voices - an ideal factor for feeding a machine learning system. With the training, Coconet identified patterns from the chorales and started applying them for creating Bach-style harmonies using user-generated notes.

"His chorales always have four voices: each carries their own melodic line, creating a rich harmonic progression when played together," Google said, explaining how the system learned and managed to create smooth transitions between disconnected fragments of music to harmonize melodies.

Born on March 21, 1685, Bach came from a German family of musicians. While his father was the director of town's musicians, Bach started as a singer in a choir and later went on to master the violin. Today, as Time reports, some 1,000 pieces of Bach's legendary work live on and are performed by artists in different parts of the world.