Google and NBC have collaborated to make virtual reality (VR) TV shows. The two companies will work together to produce at least 10 multi-episode VR shows that will run as extra content alongside their primary programs on NBC itself and other channels affiliated to NBCUniversal (NBCU). The partnership will tap into the VR content for consumers segment, which is still relatively nascent.

Details
Jump into your favorite shows through VR 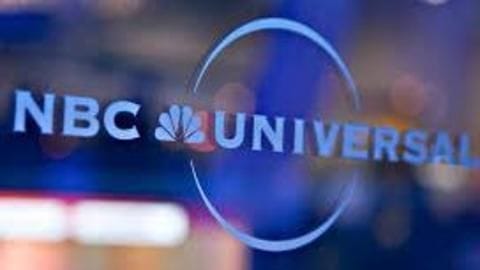 Presently, the shows that'll get the VR treatment include "Saturday Night Live" and dog rescue reality show "Vanderpump Rules", among others. Filmed using Google's VR Jump platform, they can be viewed using standard headsets like Google Cardboard, Daydream View, and Samsung Gear VR. They will also be available on YouTube. Future productions might be shot in VR180, a VR format with 4K, 3D video.

The partnership provides Google with an opportunity to develop more premium content, thus opening up more avenues against which it can sell advertising. It will also help the tech giant secure future relationships with NBC, when the demand for VR content will shoot up. As for NBC, it gets updated content for new and different audiences.

In the past, NBCU has worked with Intel and Oculus to bring Olympic video content in VR to consumers. As for Google, its previous premium content partnerships include deals with HBO, Netflix, NFL, NBA, Discovery, Vogue and Nat Geo.

Ron Lamprecht, EVP, NBCU, said, "This partnership combines the creative expertise of NBCUniversal with Google's VR capabilities to create these engaging experiences." Amit Singh, VP of business for VR, Google, said, "NBCU's teams were able to easily capture engaging VR content using the latest VR Jump cameras. And with YouTube, audiences can experience it on any device, bringing them closer to their favorite series."