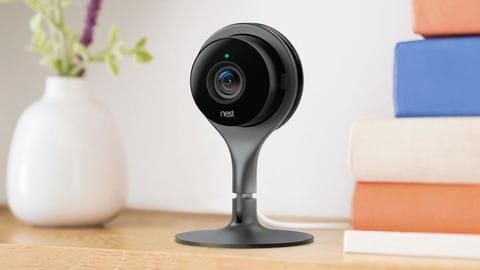 Nest security cameras are good at what they do, but in a recent surprising incident, a camera from the Google-owned company issued a fake nuclear attack alert. The device raised alarms of an incoming ICBM, sending California-based Laura Lyons and her family into 'five minutes of sheer terror'. Later, they came to know that the device had been compromised. Here's more on the incident.

Last Sunday, just when Lyons and her family were busy with their schedules, a loud noise came from their living room. It was a warning alert from their Nest camera, which said North Korea was launching three Intercontinental Ballistic Missiles toward Los Angeles, Chicago, and Ohio. The message added people in the affected areas had three hours to evacuate, sending them immediately into terror.

Quote
Here's what Lyons said of the fake alert

"It sounded completely legit, and it was loud and got our attention right off the bat...It was five minutes of sheer terror and another 30 minutes of trying to figure out what was going on," Lyons told Mercury News, which first reported the incident.

Truth
However, they found it was a hoax

After receiving the alert, the panicked family called 911 and Nest, only to find that the legitimate-sounding message was nothing but a hoax As it turns out, their camera was compromised by a bad actor, who got their password and used it to control camera's 'Talk and Listen' feature, which allows a user to broadcast messages through the camera.

The terrifying incident led Lyons to criticize Google for not informing about the hack. But, the search giant told The Verge that the device was not hacked, but its password had already been compromised through some unrelated website. That said, the company recommended all Nest users to start switching to two-factor authentication to avoid incidents like this.

Previous incidents
Still, this isn't the first case of a Nest hack

Notably, there have been multiple reports of Nest hacks in the past. Just last month, a hacker used a Nest device to threaten a family and said, "I'm going to kidnap your baby. I'm in your baby's room". In November, another Nest user made a similar claim, but in that case, the hacker issued a message to inform user about his information being leaked.