YouTube gets a revamp, new logo introduced for first time 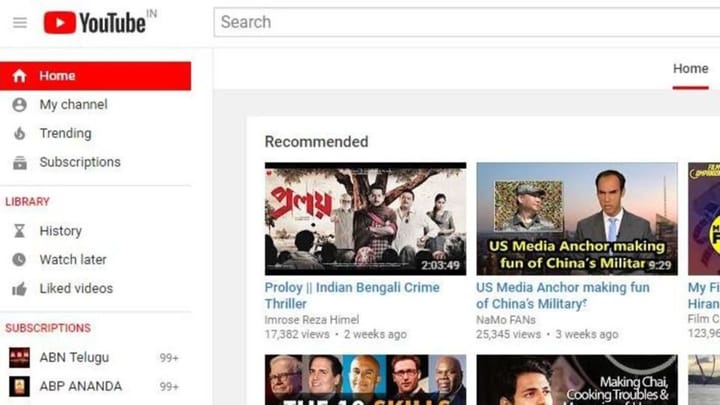 It sounds incredulous, but it's been 12 long years of YouTube. When it was first launched, it supported only one video format i.e 320x240 at 4:3 aspect ratio. Now, it offers SD, HD, 4K, 360, 3-D, and live video support. From cat videos, it now has dedicated channels and focused content. It has grown a lot and it's now been given a big overhaul.

What's new in the mobile app?

Let's start with its mobile app. The first thing, that you will notice, is that they have made the header white. Apparently, it has been done to let the content take the lead. They have also moved the navigation tabs to the bottom, making them more user-friendly. You also get new Library and Account tabs. You can now swipe videos left or right.

Videos will get adjusted

YouTube already had the option to speed up or slow down playback in desktop, now they've brought the same into their app. From now on, the app will adjust itself to match the format of the video, that is being streamed on the phone. So, now you'll get to see vertical videos, sans the black borders. Video suggestions will also come on full screen.

What's new in the desktop version?

In its desktop version, there is a new Dark theme for the background. If you are one, who is always binge watching content on this platform, activate this new mode and the entire experience will become more enjoyable. The YouTube logo has also been changed. The red and white play button is now in the front of the name.