Football/soccer is the most popular sport, globally. While the players try to ensure that the game is played and portrayed as clean as possible, tensions are so high at times that players from opposite teams, or even same teams, tend to clash with each other. On the same note, we rank the greatest on-field fights in the sport. 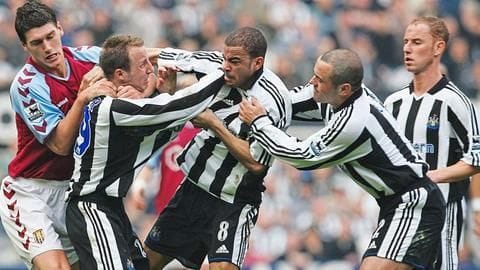 Back in 2005, during a Premier League match between Newcastle United and Aston Villa, the strangest of things occurred when two Newcastle players, Lee Bowyer and Kieron Dyer, started to brawl against each other. Dyer intentionally did not pass the ball to Bowyer during the match, as both got into a scuffle. Both the men were red-carded by the referee as Newcastle lost 0-3. In January 2015 during Serie A, AC Milan were up against Lazio, when Milan defender Philippe Mexes was tripped by Lazio's Lorik Cana. In the process, he clashed with Cana, while he later tried to grab the neck of Lazio's Stefano Mauri, following which, he was red-carded by the referee. Following the red card, Mexes again grappled Mauri before leaving, as Lazio won 3-1. 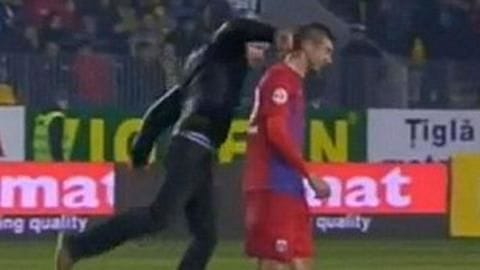 In 2011 during a clash between Petrolul Ploiesti and Steaua Bucharest in Romania, a fan, apparently upset over a penalty decision stormed onto the field and hit George Galamaz of Bucharest. This resulted in other Bucharest players beating up the fan, as two players from the side were red-carded. However, things turned ugly thereon, resulting in crowd violence as the match was abandoned. 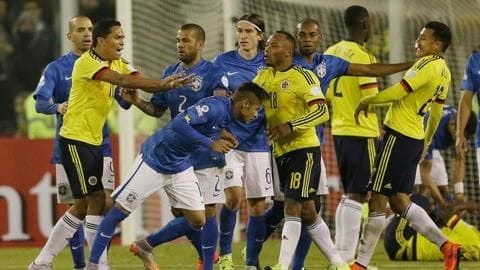 During 2015 Copa America, Brazilian superstar Neymar was involved in a clash after he threw the ball at a Colombian defender from close range, following the end of the match. As it resulted in a brawl, he also went for a head-butt at Colombian goal-scorer Jeison Murillo, which prompted fellow Colombian Carlos Bacca to brutally clash against Neymar. Both the men were eventually red-carded. 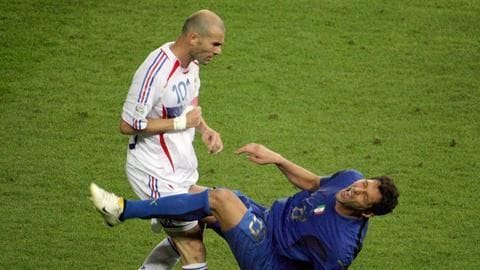 Undoubtedly, the most controversial and ugliest fight in football history was when France's Zinedine Zidane lost his cool and head-butted Italy's Marco Materazzi in the 2006 FIFA World Cup final. Materazzi, reportedly, had abused Zidane by mentioning the latter's sister. Consequently, Zidane was immediately red-carded following the head-butt, as Italy went on to win the World Cup in a penalty shoot-out.