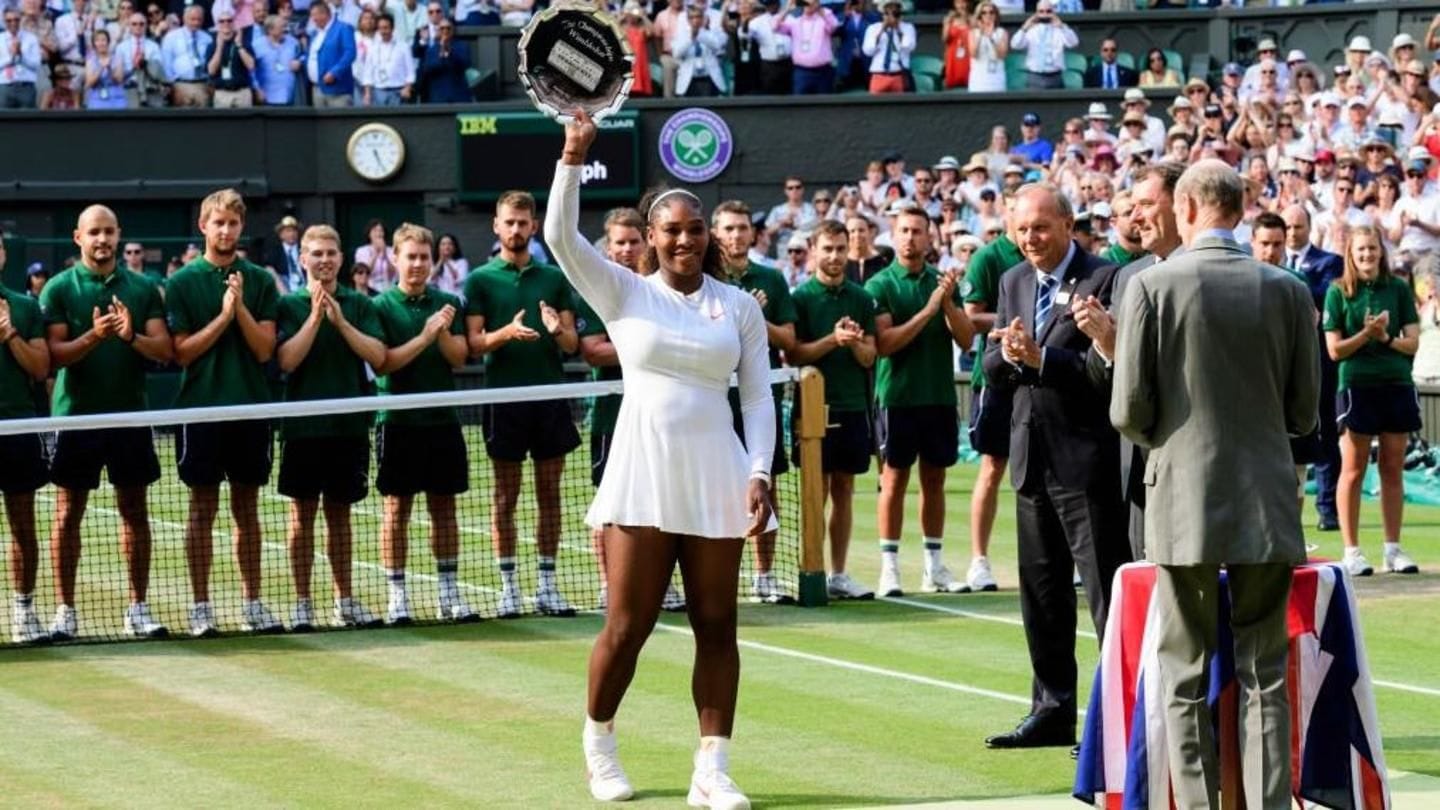 23-time Grand Slam winner Serena Williams needs to be credited for fighting all the way up till the final in her first Wimbledon after giving birth. The veteran women's singles star could not overcome Angelique Kerber, who won her 3rd career Slam. Post the match on Saturday, Serena's husband Alexis Ohanian went on to post an emotional message on his Instagram account.

In this article
Champion With her performances, Serena has served a warning that she can compete post her sabbatical and it's just the beginning of her comeback. Her focus will now be the 2018 US Open. Serena's husband stated that neither of them knew, before her surgery, whether she will survive but 10 months later he is assured of her winning more trophies and she's just getting started.

Serena will be holding a trophy again

Days after our baby girl was born, I kissed my wife goodbye before surgery and neither of us knew if she would be coming back. We just wanted her to survive—10 months later, she's in the #Wimbledon final. Congratulations, @angie.kerber. @serenawilliams will be holding a trophy again soon—she's got the greatest one waiting at home for her. Our family knows she'll win many more trophies, too. She's just getting started. And I couldn't be more proud.

Serena happy to get this far Serena missed out on winning her 24th Grand Slam and equaling Margaret Court. The 7-time Wimbledon champion, who made a return to court this year post giving birth, was satisfied with her performances at the Wimbledon 2018. The 36-year-old stated that she is really happy to have come this far and it was an amazing tournament. She echoed that she is just getting started.

Wasn’t the result you wanted @serenawilliams but we are so proud of you. You inspire us all. 🙏🏾 #proud #goat #serenalove #annawintour #wimbledon pic.twitter.com/DYUcknPEe3