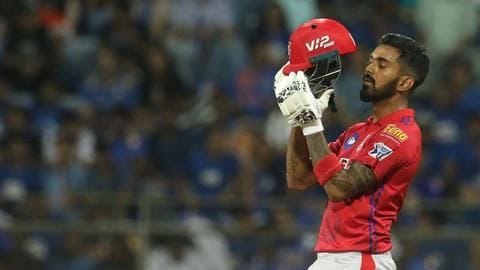 The second IPL game of the weekend will be played between Rajasthan Royals and Kings XI Punjab. Notably, both the teams have won a game each this season. While RR hammered three-time champions Chennai Super Kings in a high-scoring thriller at Sharjah, KXIP bounced back against RCB after losing their opener to DC. Here is the preview of the upcoming game.

The Sharjah Cricket Stadium will host the match on September 27 (7:30 PM IST). Notably, a total of 32 sixes were struck in the previous encounter here. Hence, the wicket is quite conducive for batsmen, while the bowlers will have to deliver tight lines. One can watch the match live on Star India network, while live streaming is also available on Hotstar app.

KXIP
Will Chris Gayle get the nod?

Data
A look at the head-to-head record

Rajasthan Royals have the edge over Kings XI Punjab in the IPL. The two sides have met 19 times, out of which, RR have won 10 matches. Besides, KXIP have managed to win nine of them.

Records
Records that can be broken in the match

If the Universe Boss Chris Gayle plays the impending game, he could become the sixth cricketer to score 4,500 runs in the IPL. His captain Rahul is eight fours away (192) from getting to the 200-mark. Similarly, Rajasthan Royals top order batsman Sanju Samson (98), who struck a record nine maximums against CSK at Sharjah, might complete 100 sixes in the tournament.

Information
Dream11: Rahul, Samson to lead the side