Royal Challengers Bangalore made an ideal start to their IPL 2021 campaign by winning the tournament opener against defending champions Mumbai Indians. They now lock horns with Sunrisers Hyderabad in the second match on Wednesday. All eyes will be on RCB skipper Virat Kohli, who opened in the game against Mumbai. Let us analyze his IPL stats against SRH.

At present, Kohli is the leading run-scorer in the IPL. He has racked up 5,911 runs from 193 matches at an average of 38.13. Against Sunrisers Hyderabad, he has amassed 531 runs from 16 games at a strike-rate of 139.37. He owns the second-most runs against SRH after Shane Watson (566). The phenomenal tally also includes 21 sixes and 49 fours.

Kohli has joint-most 50+ scores against SRH

Kohli has the joint-most 50+ scores (4) against SRH in the IPL along with MS Dhoni, Ambati Rayudu, Ajinkya Rahane and Shane Watson. Kohli's highest score of 93* (47) against SRH came in the 2013 edition at the M Chinnaswamy Stadium.

Sandeep Sharma has dismissed Kohli seven times in the IPL 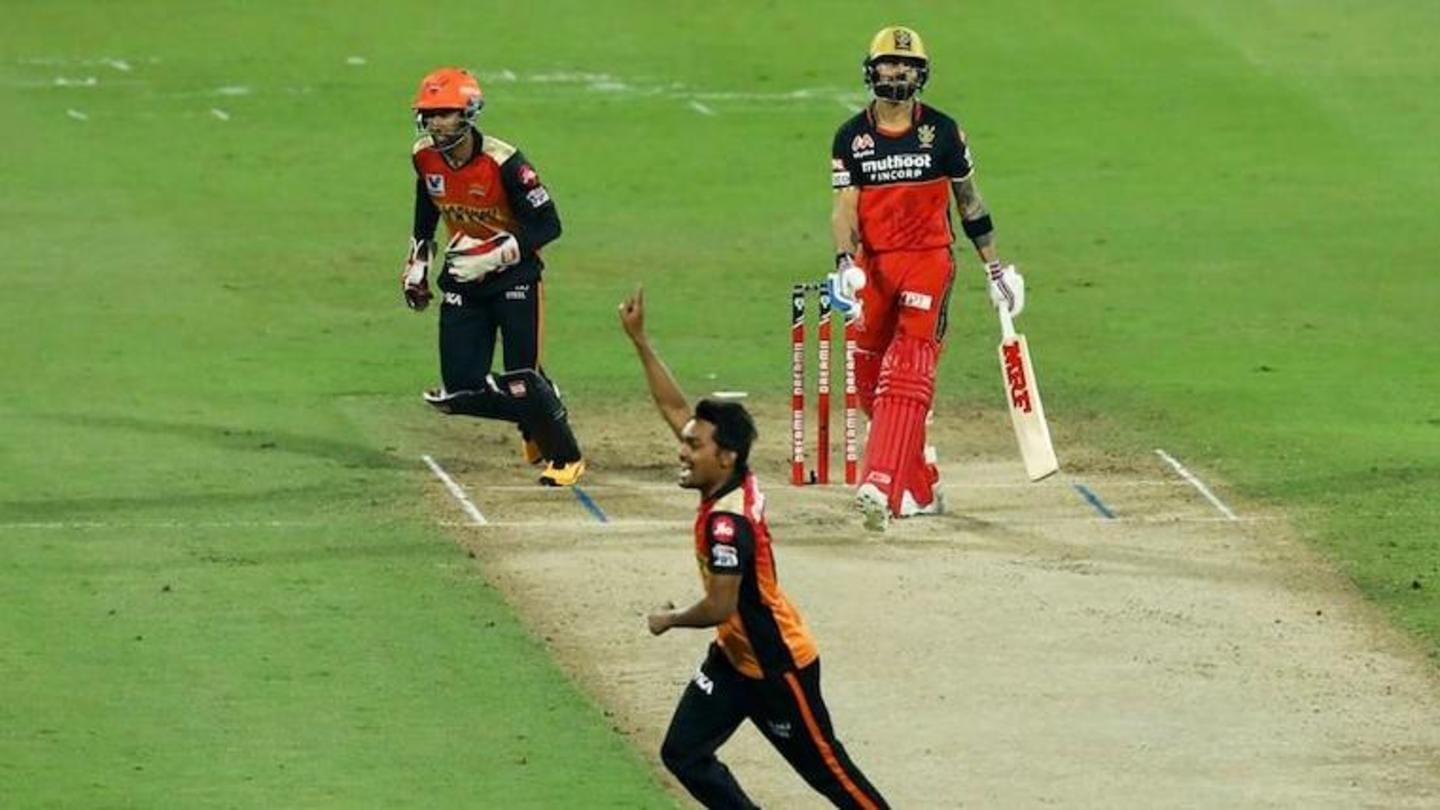 Usually, Kohli doesn't let the fast bowlers dominate him much in the IPL. However, SRH's Sandeep Sharma has managed to outfox him several times. The former has dismissed the RCB skipper as many as seven times in cash-rich league. As far as the runs are concerned, Kohli owns 73 off 55 balls against Sandeep. The intriguing battle is set to take centre stage shortly.

Will Kohli regain his form against SRH?

Sunrisers Hyderabad knocked out Royal Challengers Bangalore in the IPL 2020 Eliminator. The Kohli-led side would want to avenge that loss this time. Notably, Kohli has scored just 58 runs off 55 deliveries in his last six outings against SRH. His scores in these matches read as - 6, 7, 14, 16, 3 and 12. The RCB skipper eyes a fruitful return against SRH.