The Indian Premier League (IPL) 2020 final is set to be held tonight in Dubai. Four-time winners Mumbai Indians face Delhi Capitals in the grand finale. One expects a close contest between the two teams. After looking the best IPL stats defining their rivalry, here we look at which team can go on to win the title.

These two sides have already met three times this season. In the league stage, MI won the first encounter against DC by five wickets. In the next league stage meeting, DC were thrashed by MI. Chasing 111, Mumbai went on to win that match by nine wickets. And then in the IPL Qualifier 1, MI enjoyed a stunning 57-run victory to reach the final.

Views
Unmukt feels DC will give a tough fight to MI

Former India U-19 cricket team captain Unmukt Chand told NewsBytes that DC will be high on confidence after winning the Qualifier 2 convincingly. He also feels DC will will give a tough fight to MI, who have been the best side in the tournament so far. Chand went on to pick the Dream11 team and highlighted the reasons behind his selections. 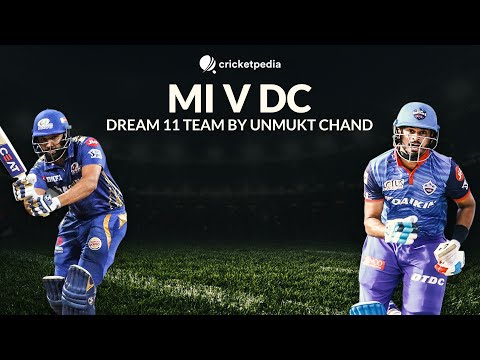 As far as the head-to-head record is concerned, the two teams have met on 27 occasions in the IPL. Mumbai have pocketed 15 wins, with DC claiming the other 12. Bowlers will get some swing early on, however, change of pace will be key. Meanwhile, spinners aren't expected to get much turn off the surface. 170-180 is a par score at this venue.

Personal
Who will win the IPL 2020 final?

Going by the look of things and the manner in which both teams have played this season, it's safe to say that MI are the outright favorites. Also, the Rohit Sharma-led side has won four titles to have the desired experience.