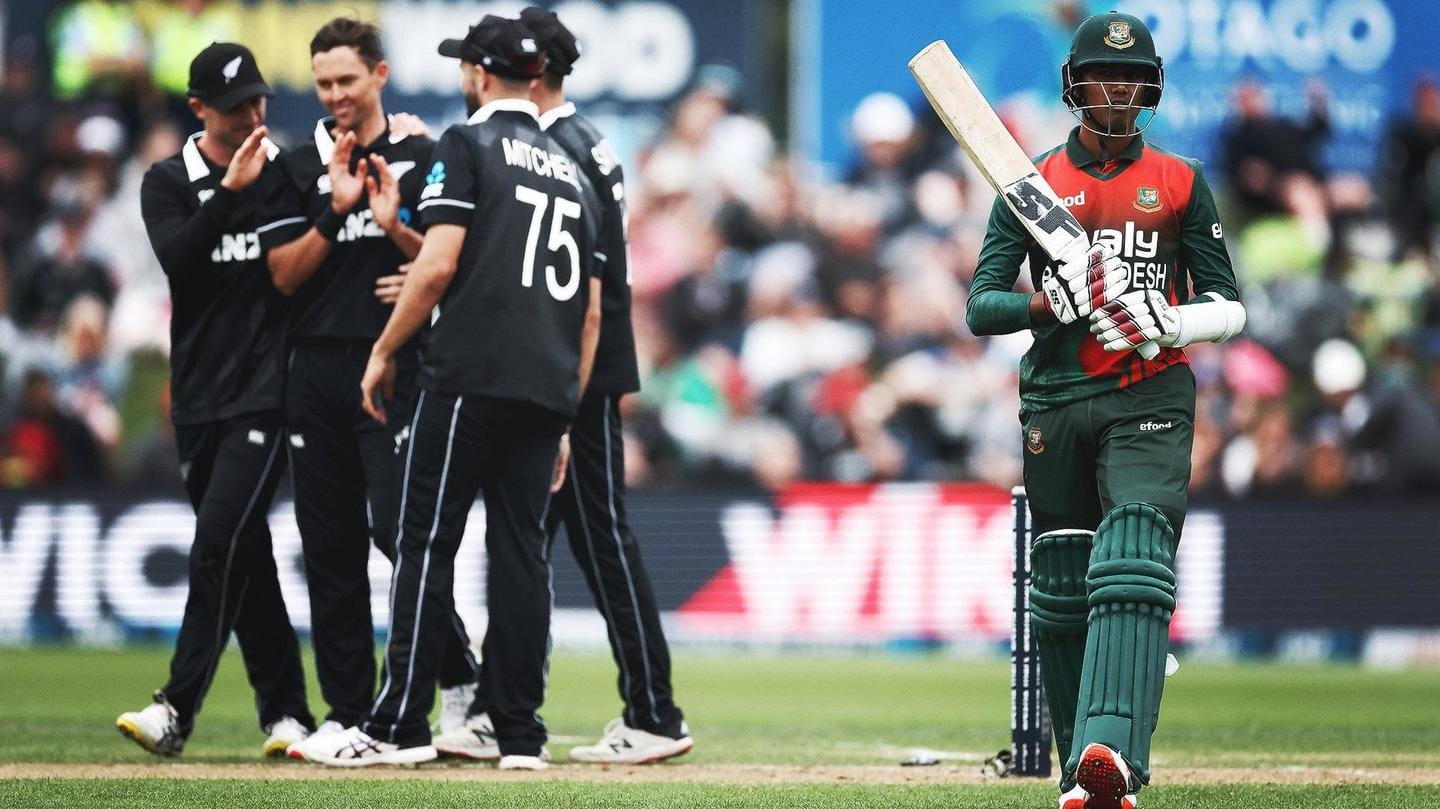 A ferocious bowling spell by Trent Boult powered New Zealand to an eight-wicket victory over Bangladesh in the first ODI at the University Oval, Dunedin. The likes of James Neesham and Mitchell Santner were also in the act as the visitors were bundled out for 131. New Zealand now lead the three-match series 1-0. Here are the records broken.

As expected, New Zealand won the toss and elect to bowl in order to test the visitors. The decision proved right as Bangladesh were reduced to 42/3 in the 14th over. Thereafter, they kept on losing successive wickets, and eventually crumbled for 131. The hosts easily completed the run-chase in the 20th over, with Martin Guptill (38) and Henry Nicholls (49*) crushing the bowlers.

Boult named Player of the Match for his incredible figures 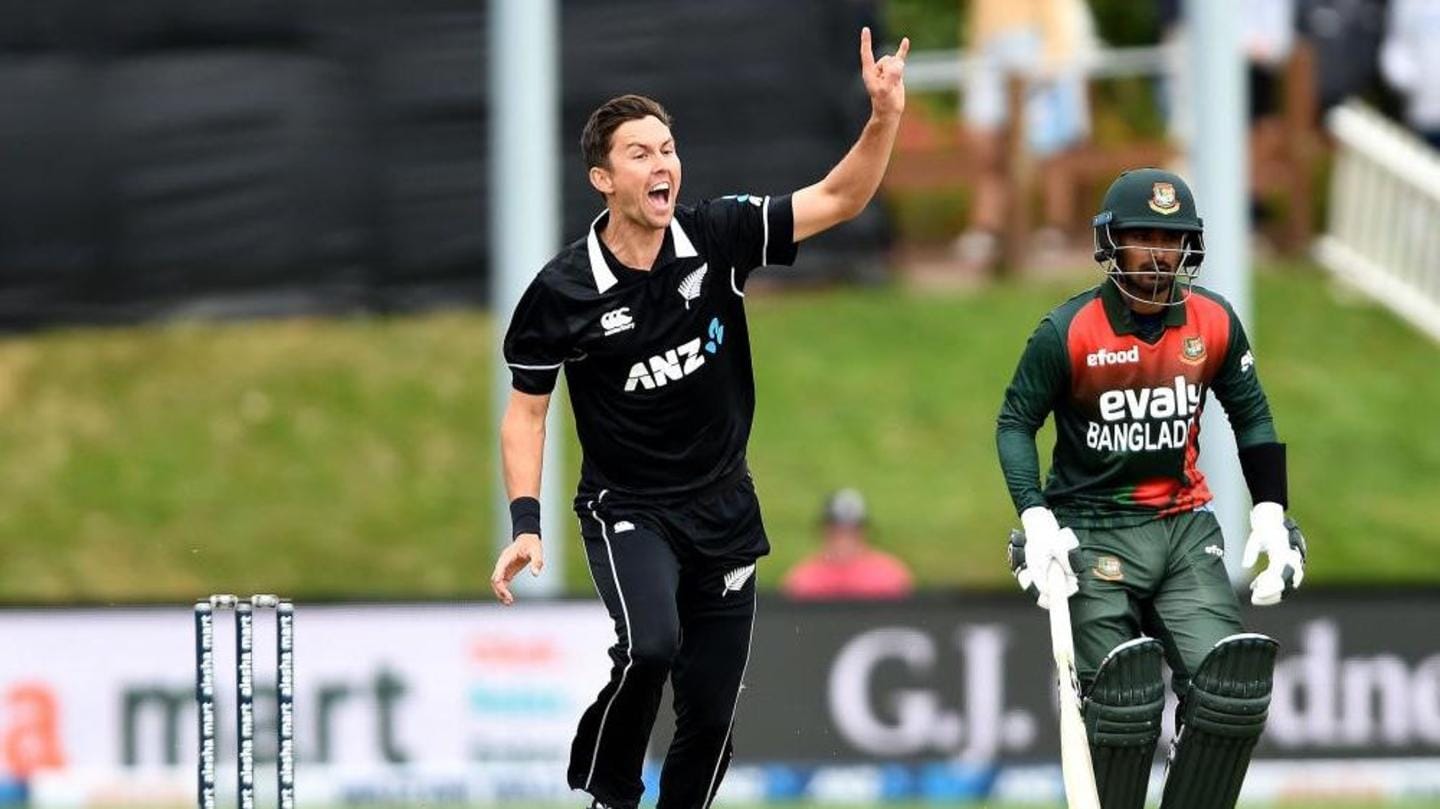 Boult was named the Player of the Match for his remarkable spell in the match. He snapped up four wickets, giving away mere 27 runs in 8.5 overs. Interestingly, this turned out to be his third haul of four-plus wickets in the ODIs at University Oval. No other player has achieved the feat more than once at this venue.

Two 50+ partnerships for NZ in the run-chase 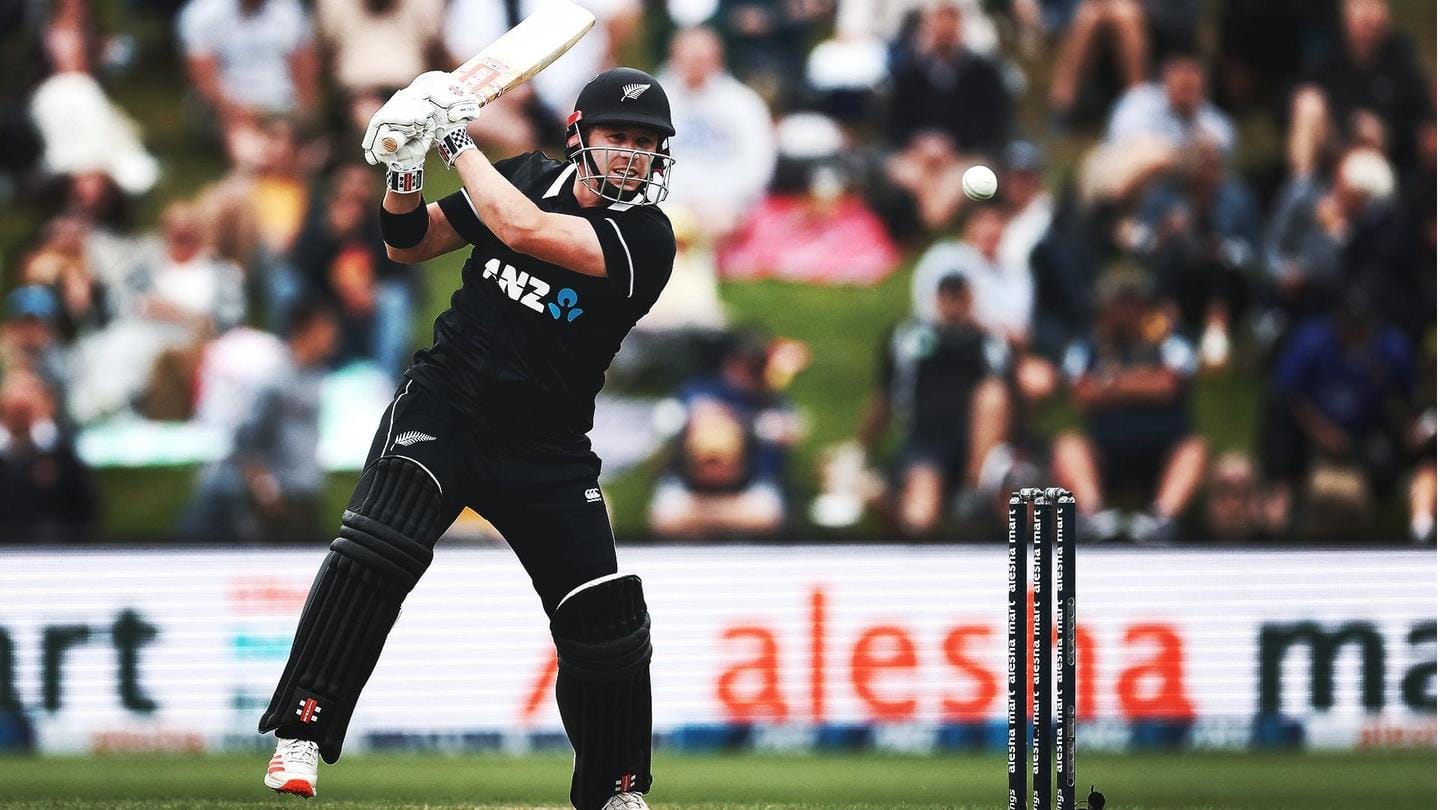 In what turned out to be a one-sided run-chase, the New Zealand innings saw two 50+ partnerships. Guptill and Nicholls added 54 runs for the first wicket before the former departed for 38 (3 fours, 4 sixes). After that, Devon Conway (27) joined Nicholls (49*) as the duo shared a 65-run stand. The match ended early due to two emphatic partnerships.

The Bangladesh batsmen couldn't settle down in front of an eccentric bowling attack. Openers Tamim Iqbal (13) and Liton Das (19) got the desired start, but failed to capitalize. Mushfiqur Rahim too looked solid when the tourists were in trouble, however, he also departed on 23. Meanwhile, Mahmudullah (27 off 54) finished as their top-scorer in the innings.