Record French Open champion Rafael Nadal came up with an enthralling performance as he downed world number one Novak Djokovic 6-0, 4-6, 6-1 to win the Rome Open yesterday. It was Nadal's first clay-court win of the year, having lost the previous three in the semis. Incidentally, Rome Open was the final clay-court tournament before the French Open, where he is the defending champion.

In this article
The final 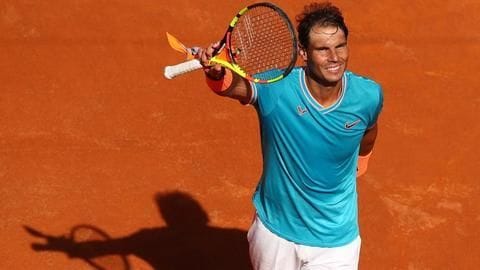 Nadal did script an impressive comeback following howlers on clay this year. He was off to a flier, breaking Nole thrice in the opening set to take it 6-0. However, Nole fought back and got the break in the deciding game to take the set 6-4. Nonetheless, Nadal took advantage of Nole's sloppy gameplay in the third set, winning it convincingly 6-1.

I am going to be there with time enough: Nadal

"I am going to be there with time enough. I am going to repeat my normal routines. For sure, I can't wait to be there and have the feeling, see the stadium, watch all the new great things that Roland Garros is doing," quoted Nadal.

Nadal happy for winning on clay before Roland Garros 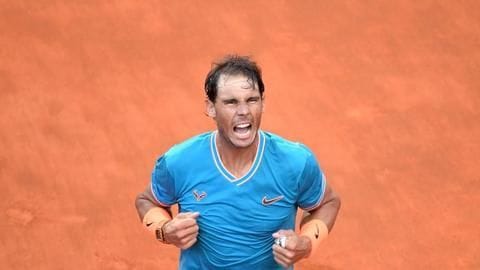 Nadal expressed happiness on winning the last clay-court tournament before his title defense at Roland Garros. However, he refrained himself from talking about the Grand Slam and assured that he would aim to keep the momentum going. "For me, the most important thing is to feel myself playing well and feel healthy, with the energy that I need," he further said.

Just look at the smile on him 😀

Nadal recalls tough moments in the past month

Nadal had to withdraw from Indian Wells, a couple of months back owing to a knee injury. While he did make a comeback in Monte Carlo, he was struggling and lost three consecutive semis since then. "I didn't arrive very well prepared to Monte Carlo. There have been some low moments for me. The first round in Barcelona, that was a disaster," he rued.

"Yesterday (Saturday against Tsitsipas) was probably was my best match on clay so far this season before today (Sunday), because today I played better than yesterday," Nadal voiced.

Following the win at Rome, Nadal registered his 25th Masters win on clay, while it was also his 58th career win on clay and 81st ATP title win.

Despite having a tough time on clay this year, Nadal has hardly lost any touch. Moreover, winning a tournament on clay right before the French Open is sure to hand him the much-needed confidence boost. Thus, the author feels that he is still a favorite to retain his title in Paris. However, the author also warns that Nole too could be a grave threat.